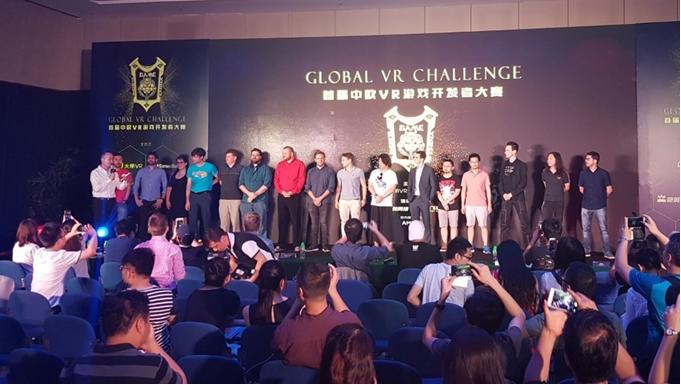 By Rachael Power | 2nd August 2016 | VRTech http://www.virtualreality-news.net/
Rachael Power is an editor at TechForge Media, writing about marketing tech, connected cars and virtual reality. She has written for a number of online and print titles including the Irish Times, Irish Examiner, accountingWEB and BusinessZone. Rachael has a passion for digital marketing, journalism, gaming and fitness, and is on Twitter at: @rachpower10.

A new initiative to explore and celebrate the best VR games dev talent and concepts has drawn to a close this year at the ChinaJoy gaming show.

VR talent from all over the world took part in the challenge, which ended in a competition in which 16 finalists (10 from outside of China) battlede it out to scoop the top prize.

All finalists got a range of VR hardware and some got a share of the $35,000 cash prize pool.

In first place was US-based Broken Window Studios with its first-person exploration game Reflections. According to the competition organisers, the game impressed judges with its "interesting art direction and moving storyline, one in which the player’s choices have a meaningful impact on the narrative."

Throughout Reflections, players explore life goals, relationships, and the philosophical implications of choice. This decisional butterfly effect is then represented through the game’s unique colour mechanic.

Hundreds of companies expressed an interest in the Global VR Challenge however, which went through several judging rounds. This resulted in a shortlist of 10 from outside China, who were awarded an all-expenses paid trip to Shanghai in order to compete in the final round.

Steel Media, which publishes Pocket Gamer, started the Global VR Challenge to identify the best global VR games and ideas as well as connecting dev talent from around the world to the expanding Chinese gaming industry.

Were you there? What did you think? Let us know by commenting below!