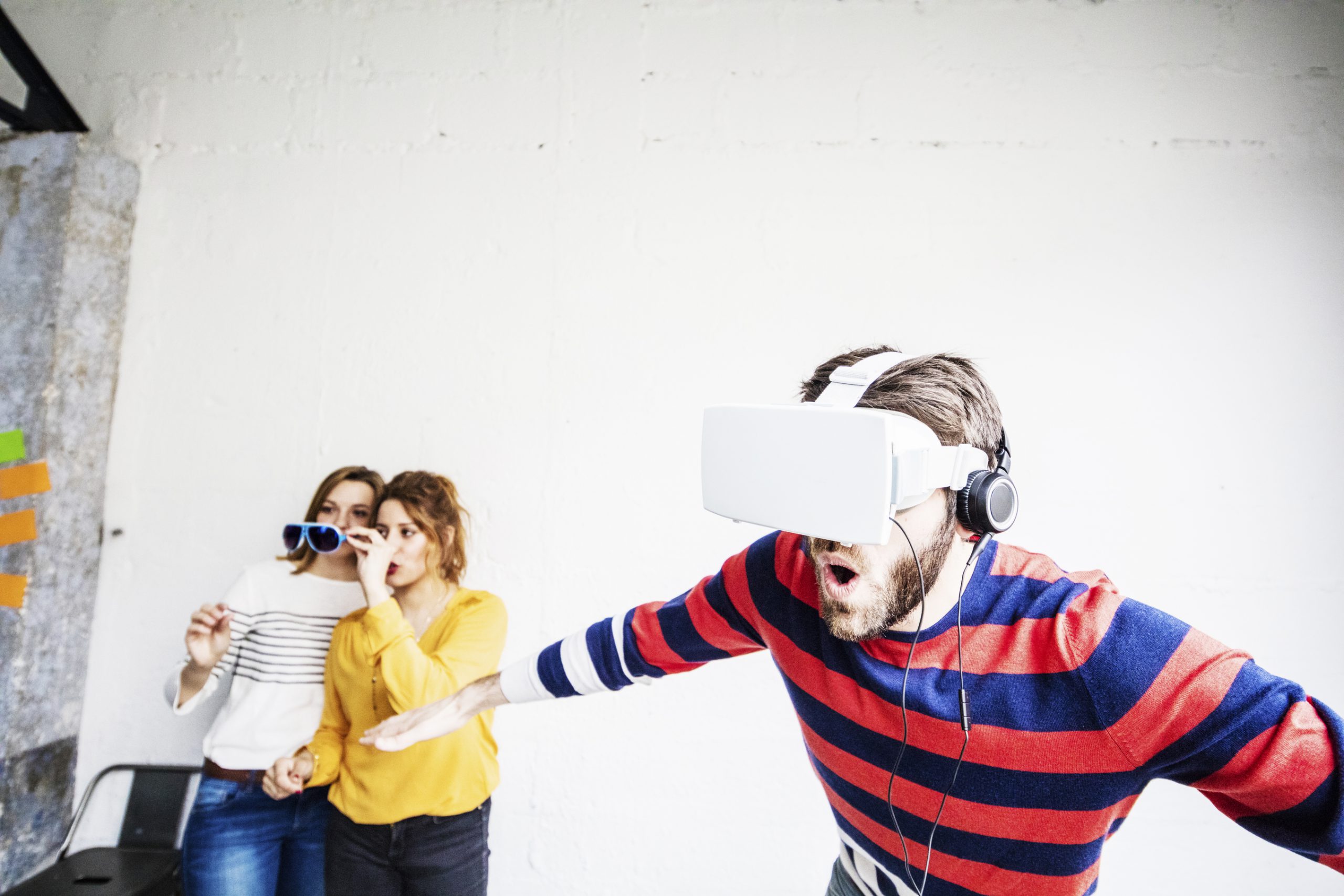 By Matt Jackson | 3rd August 2016 | Best3DModel.com http://www.Best3DModel.com/
Matt Jackson is content writer and blog manager for Best3DModel; a marketplace that brings 3D artists and VR/AR producers together. Cut production time and ensure that you get the model files for any reality project.

There is no doubting that consumers, especially the gaming variety, consider VR to be an exciting form of emerging technology. It offers unparalleled levels of immersion, but despite the availability of inexpensive devices like Google's Cardboard Viewer, the tech has yet to become mainstream.

As with many emerging technologies, it seems likely that the driving force behind VR’s popularity will be gaming and gamers, and both Sony and Microsoft have announced that they have VR compatible versions of their Playstation and Xbox consoles in the works.

Deloitte predicts that 2016 will be the VR industry’s first billion dollar year, which shows that there has been marked growth; 2014 saw $90m (£67m) revenue for the industry.

It added that they expect the majority of sales to come from gamers initially, but that the biggest investment and earnings could eventually come from business and enterprise.

The availability of both hardware and software is important, and 2016 has already seen a number of significant entries into the VR hardware space. The HTC Vive and Oculus headsets currently lead the way, with Google's Cardboard Viewer providing to be a stepping stone for some buyers.

It is worth noting that Cardboard isn’t included in a lot of revenue and projected revenue sales, because it is not considered a fully-fledged VR headset.

Consumers will also want to see an increase in the availability of content. 3D take-up was, arguably, stunted by the lack of 3D content that was made available in the first few months and years.

Steam arguably leads the way in this respect, with a host of VR experiences available, but you can also find Android and iOS based VR content. More premium titles are needed in order to really ignite intrigue in consumers.

The latest consumer model of the Oculus headset costs around $600 (£529) to buy, while the Cardboard Viewer costs just $20 (£15). The viewer does not offer anywhere near the same capabilities as the Oculus, but it certainly falls into the category of being affordable.

The Vive costs around $800 (£759). Consumers looking for a full VR experience not wanting to break the bank currently have to look to the Samsung Gear, with prices around the $100 (£80) mark.

The Gear could help propel sales, thanks to this level of affordability, and it should lead to other manufacturers producing affordable headset options.

Console gaming could be the spark that ignites VR popularity. At CES, both Microsoft and Sony announced that they would be launching VR compatible consoles within the next 12 to 18 months.

The Playstation VR headset is due for release in October and Xbox are expected to release a headset themselves next year.

Until there are more details on capabilities, other accessories required to really enjoy the VR experience, and costs, it will prove difficult to get the kind of traction that the companies want.

Following Facebook’s acquisition of Oculus, Mark Zuckerberg has been touting the use of 360 degree content in social media. While Facebook has seen its share of failures, its $2bn (£1.5bn) acquisition of Oculus shows that it is, at the very least, serious about its commitment to the technology.

The company has announced that it is developing experiences that would allow friends to take and share 360 images, so they can look around and share the experience together.

Whether this would be enough to persuade Facebook users to make the transition to VR altogether and part with $600 for an Oculus headset remains to be seen, but it could be the beginning of what we can come to expect in the world of a Facebook driven VR experience.

VR now and in the future

For now, VR remains an intriguing prospect, although it is yet set to experience its first billion dollar year. Experts do agree that it will take off and go mainstream, albeit in a few years’ time and certainly not immediately.

Console manufacturers and Facebook, as well as hardware manufacturers and gaming platforms are throwing their hats into the VR ring, but it will take affordable and high quality headsets and exciting content to really push the technology to the forefront.