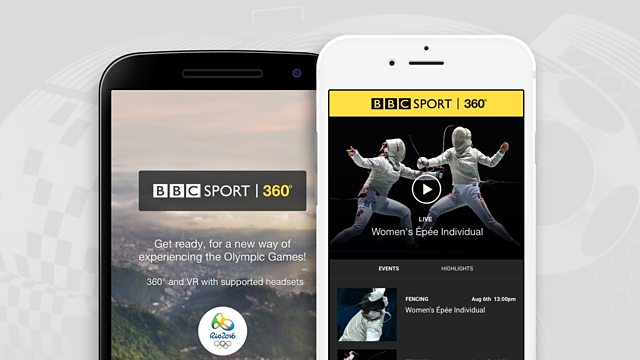 By Rachael Power | 4th August 2016 | VRTech http://www.virtualreality-news.net/
Rachael Power is an editor at TechForge Media, writing about marketing tech, connected cars and virtual reality. She has written for a number of online and print titles including the Irish Times, Irish Examiner, accountingWEB and BusinessZone. Rachael has a passion for digital marketing, journalism, gaming and fitness, and is on Twitter at: @rachpower10.

The Rio Olympics kick off this weekend, and fans in the UK can watch some of the Games in VR with the BBC Sport 360 app.

The app is part of a trial and was developed with the Olympic Broadcasting Service to offer 360 coverage of the Games.

BBC Sport said it's taken taken part in the trial to learn more about the tech and understand audience needs, so it can shape future plans for VR content.

"This is an emerging and exciting area, which we will explore further after the games," the BBC said.

The app will offer live 360 video footage of an event each day, and viewers can choose from four different camera angles during the live event. They can also access a daily five minute highlights package from around 4pm the next day.

BBC 360 works with any smartphone and a Google Cardboard headset, or the Samsung Note 5, S6 or S7 and Gear VR. The 360 app is available from Google Play, the Apple App Store and Samsung Gear VR.

The BBC's also handily posted a schedule of what events will be available in 360 via the app.

For more on the Olympics from VR Tech see:

Will you be watching the games in 360? What sport are you looking forward to most?