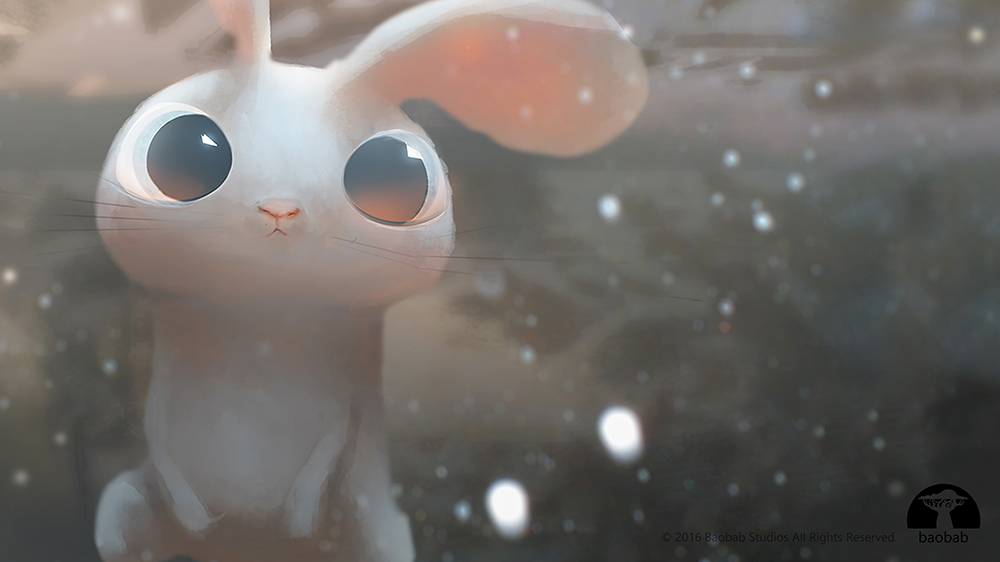 By Benjamin a Judie Ram | 4th August 2016 | Freelance
Benjamin & Judie are freelance writers from Silicon Valley. Benjamin has been employed as an Executive Program Manager for many different tech companies. Judie is a writer/editor/musician who has written for various entertainment magazines including CashBox and Hollywood Reporter.

I recently had the pleasure of viewing VR film Invasion! at Baobab Studios, co-founded by CEO Maureen Fan, former VP of Games for Zynga, and Eric Darnell whose credits include writing and directing  the animated film Madagascar.

Having never viewed a VR film before, I wasn't sure what to expect. Given that I can view 360 degrees of a scene, how do I know when and where to look?

Do I wander around or does all the action happen around me? And if so, does it get overwhelming like getting caught in a mob scene? Or is it inviting like a large family dinner?

This award-winning movie (Tribeca Film Festival’s 2015 'VR Selection of the Year' and 2016 Cannes 'Next Marche du Film') uses Baobab studio's own VR storyboarding tools as well as high speed visualisation technology to build a vivid environment that makes this an incredible absorptive experience!

With the VR tech of Invasion!, I was there at the precipice, ready to duck out of the way when the attack started

The "Invasion!" experience is both family-dinner inviting and mob scene invigorating. It’s highly engaging and easy to navigate.  The sound effects, music and visual flashes guide the viewer's attention in a smooth and comfortable manner. There’s so much to see that you become immersed and want to look everywhere.

Whenever I felt my attention had drifted from the action, their techniques brought me right back to where the main story was happening.  I felt both safe and wonderfully overwhelmed all at the same time.

"Invasion!" delivers both by building beautiful images and dynamic characters.The movie starts with a star scape looking down on earth from above and the narrator, Ethan Hawke, setting the stage.

Then, we are introduced to a cute little bunny (Chloe) and when we look down, we realize we have been transformed into a fellow bunny ourselves.

Chloe is at home in a winter wonderland but that tranquility won't last for long. Zooming in from outer space comes Mac and Cheze (pronounced cheese) who are seemingly benign but turn out to be dangerous aliens.

At this point, the VR immersive aspects really begin to shine. I was right there and a part of the action! I felt like I could reach out and touch the aliens.

Chloe was hiding behind me to protect herself; and I was in the crosshairs of an alien attack!

It felt similar to the moment on a roller coaster just before the cars careen down the first steep hill. With the VR tech of Invasion!, I was there at the precipice, ready to duck out of the way when the attack started. What an incredible experience!

Once you experience your first Invasion! immersion, you are bound to be looking for more. Thank goodness Baobab will be introducing more episodes in the upcoming months. They will also be adapting "Invasion!" for more VR platforms (including HTC Vive & PSVR).