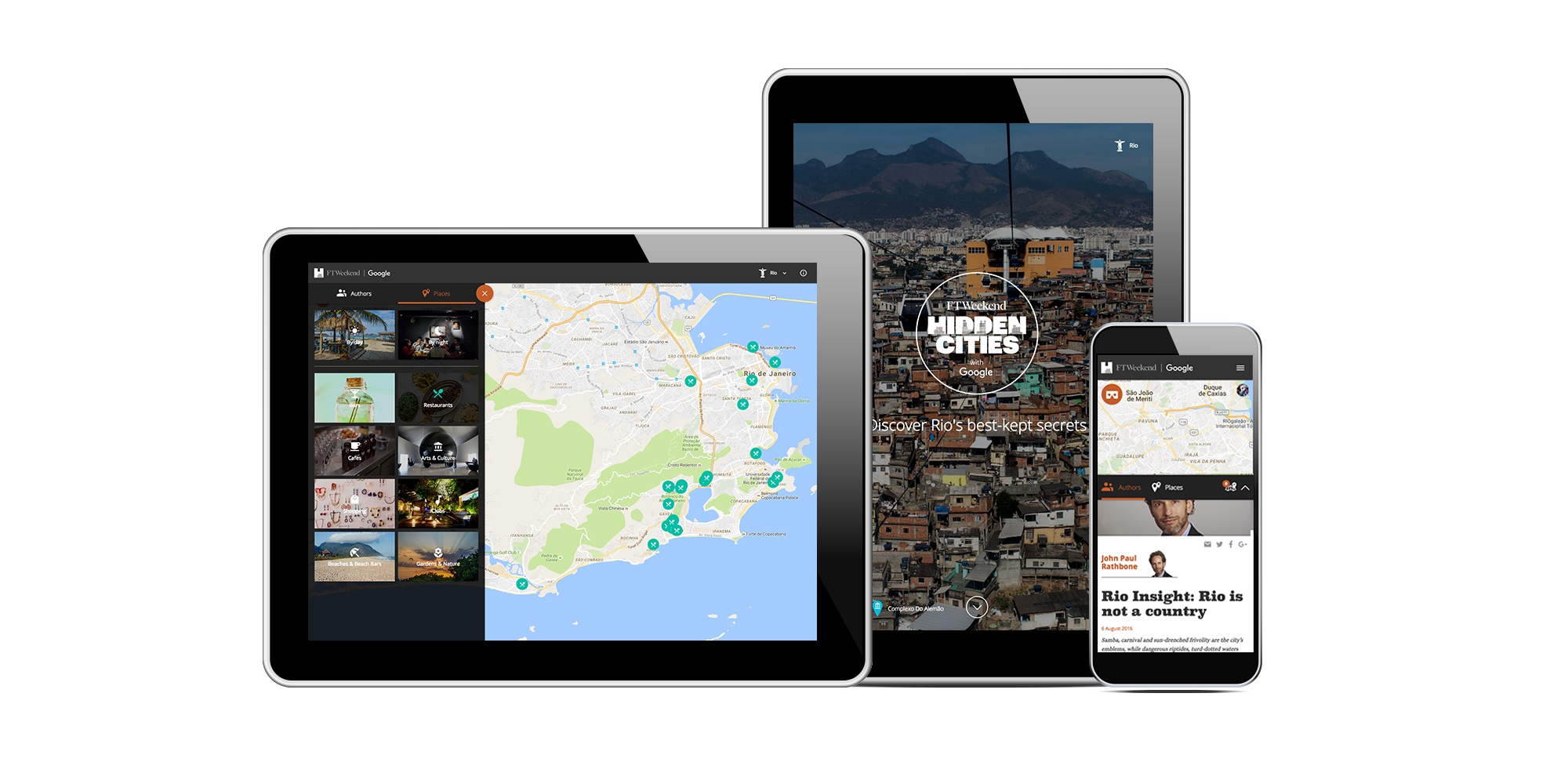 By Rachael Power | 5th August 2016 | VRTech http://www.virtualreality-news.net/
Rachael Power is an editor at TechForge Media, writing about marketing tech, connected cars and virtual reality. She has written for a number of online and print titles including the Irish Times, Irish Examiner, accountingWEB and BusinessZone. Rachael has a passion for digital marketing, journalism, gaming and fitness, and is on Twitter at: @rachpower10.

The Rio Olympics seems like the ultimate test for VR and 360 video content around a major sporting event.

This week, we heard BBC Sport was launching its own dedicated app to stream live 360 content, and now major UK publication the Financial Times and Google have partnered up on a project of their own.

The FT's Hidden Cities project originally began last year, in partnership with Google. It's generally for readers to interactively 'discover' certain cities around the world via a map populated with exclusive content from the FT's journalists.

But its Rio venture is the first time the FT and Google have used VR/360 video as part of its content mix, which was delivered by communications agency adam&eveDDB.

Hidden Cities: Rio will look in depth at the city behind the 2016 summer Olympics and is an immersive documentary, The City Within, voiced over by the paper's Brazil correspondent Samantha Pearson.

The content's free and is available to view either online or via Google Cardboard headsets, which will be given away to FT readers in certin areas of the UK on Saturday.

“We not only had a chance to look closely at Rio de Janeiro through the eyes of our correspondents and photojournalists on the ground, but also to explore how 360 video can be used to extend the insightful access that we always strive to give our readers.”