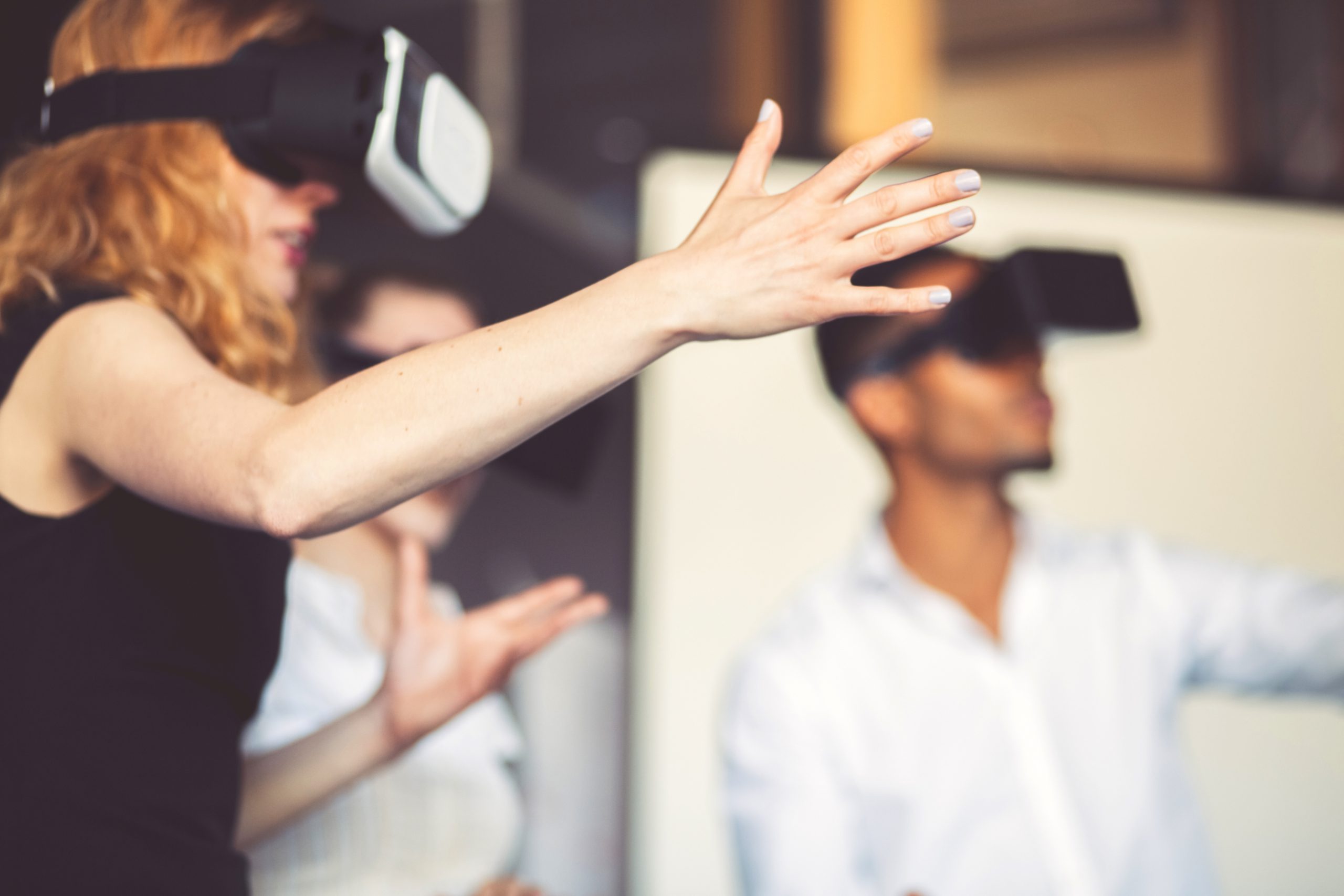 By Anastasiia Bobeshko | 8th August 2016 | Program-Ace https://program-ace.com/
Categories: Developers, Enterprise,
Anastasiia Bobeshko is a chief editor at Program-Ace. With a great passion for new technologies and gaming, she writes about virtual and augmented reality, serious gaming, software development, and new innovative solutions. Anastasiia also does thorough research on how various technologies affect the business world and can be caught tweeting at @Program_Ace_Ltd.

It’s hard to believe that about two years ago, no-one considered VR and AR in terms of mainstream tech. But today, the excitement about AR and VR headsets and devices are even bigger than many other tech products on the market.

Indeed, VR and AR are ranked fourth after mobile, PC, and the web as the most interesting and promising platforms in the world.

Everyone knows by now that a new wave of VR is coming to transform video games, entertainment and exploration, and it is important for the dev community to catch it.

In addition, CEOs are thinking of how to play this game and rushing in trying to choose the most suitable business model to win some shares in the VR/AR market.

To shed some light on the current situation and help you kick competitors out of the ring, I studied the available business models, stories of success, and what strategies industry giants have chosen, which I'll go into detail about below.

As you may have already figured out, this is an area of great interest for corporations such as Microsoft, HTC, Google, Sony, Samsung, and even Facebook.

These heavyweights move the market forward by introducing innovative hardware such as HoloLens, Gear VR and the HTC VIVE. They know what to do; this is not their first wave.

But for a company that's relatively new to the field, it is quite hard to establish yourself in the market. Businesses are investing millions, and yet there is no guarantee that the tech will play out the way they expect.

However, revenue from hardware sales takes up the most market share.

So, why is hardware production the most popular business model, even though choosing it at early development stage, you are mostly backed by untested theories and hardly-working prototypes?

Well, first of all, it is the most innovation-based branch of the market.

Here, you have more of a chance of becoming the new insurgent or proving your professional reputation, as Microsoft did with the introduction of HoloLens.

Secondly, it can provide your company with a firm foundation for entering the market. This is especially true for Apple and Facebook with VR startup Metaio and Oculus VR.

Thus, strategically, hardware production ensures safe ground for the corporation throughout platform shifts. For that reason, heavyweights rely on hardware sales as a backup and substantial source of income.

For ambitious companies and industry newbies, it is not an option to disregard this business model as they want to become world-recognised leaders.

It is a smart move, in any case, because hardware production might be the sole business model that will determine market needs and move it forward.

If your company specialises mainly in AR/VR app or software development, revenue generated from inbound advertising campaigns will probably be the first source of income to think about.

And why not? VR and AR are are currently interesting platforms for advertisers around the world.

By wearing a VR headset, customers can be part of an unforgettable user experience and be fully immersed in a brand.

This approach has been already implemented by the company Blippar, which created a AR visual discovery app. Last year, they became an AR 'advertising unicorn', even before the hype about AR had properly started.

There is no ultimate solution; each case is unique and developers must explore and study the market before making a decision

Relying on advertising revenue is a convenient way to act for little known companies or enterprises that have just entered the market because they can use the previous experience gained through mobile and web ad campaigns.

Moreover, advertisers smell serious profits in changing platform paradigms since, at the moment, around one-third of the universal ad platforms — not to mention the Chinese market where this share is even bigger — are mobile or web.

When AR and VR become dominant, advertisers can hope for the most immersive, engaging, and motivating advertising experience than any other media-rich content could have ever proposed.

Under the eCommerce business model, Amazon, eBay, and Alibaba are the greatest platforms that can provide you with unlimited opportunities on how to approach target groups to generate maximum revenue.

Moreover, for companies that offer development services or AR/VR products, these marketplaces allow for finding new profitable ways of selling goods or services to the audience.

This business model may change the whole perception of AR/VR business and eCommerce's market share as well.

This is a fundamental business model that is widely used by mobile developers. In-app purchases involve selling virtual goods within an VR or AR app and then maintaining an income.

Apps with downloadable content became so popular, that even developers of PC and console VR/AR apps choose this business model as their main approach.

Today, users, especially the younger demographic, have become accustomed to free digital content and would rather download a free app with limited content than pay for the whole app from the start.

Experts advise choosing this business model if you are planning to develop a mobile VR/AR app since it is the best strategy possible.

Even if your virtual world was designed for premium markets, an in-app purchase is a profitable game plan because it allows for unlimited downloads and then, after growing a loyal fanbase, there is the possibility users will want to download more content.

This is a market for serious players. Here, we can observe famous development companies that provide AR/VR solutions and devices such as Microsoft, Accenture, Meta, Wipro, and many others.

Their innovative products and services have found its application across military, healthcare, education, architecture, and other industries.

Of course, it could be the next industrial revolution, but it will take some time to make a breakthrough. Still, the business world can implement it for the sake of improving productivity, just as NASA adopted the HoloLens technology to design a spacecraft application in Jet Propulsion Laboratory.

The whole world has already noticed how fruitful this business model can be for mobile and web-based platforms.

The brightest examples are Amazon and Netflix whose revenue has experienced significant growth. Netflix, for instance, beat HBO according to Statista.com in terms of total subscription revenue, even though it loses the number of subscribers worldwide.

This is why VR and AR developers have to get serious about the subscription model and find a profitable way to implement this across a business. AR and VR content is something that users will gladly subscribe to, especially if applications provide immersive, ad-free content.

There is no ultimate solution; each case is unique and developers must explore and study the market before making a decision of which business model to choose.

As for the AR/VR industry in general, we can see that hardware production, advertising, and eCommerce drive almost 60% of the total market revenue, while others, including the ones I have not reviewed today, make up the last 40%.

The good news is that companies, developers, and entrepreneurs have an entire, ready-to-apply set of business models and monetisation solutions. VR/AR mobile app developers should choose between advertising and in-app purchasing. Hardware production and enterprise sales are suitable for companies with great scientific resources that can help present a revolutionary technology or solution.

In addition, eCommerce and subscriptions will prove fruitful for VR/AR web projects. The choice of where to lead your business depends on how you want to innovate and what business model you want to adopt to rock the virtual world.

One comment on “Which business model should you choose for VR/AR projects?”