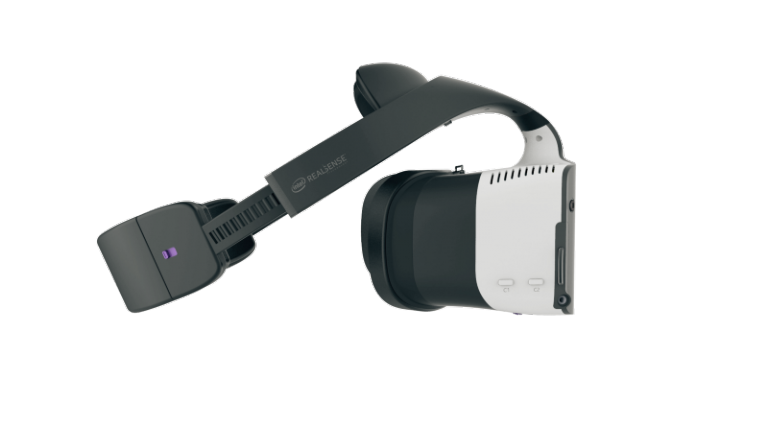 By Rachael Power | 17th August 2016 | VRTech http://www.virtualreality-news.net/
Rachael Power is an editor at TechForge Media, writing about marketing tech, connected cars and virtual reality. She has written for a number of online and print titles including the Irish Times, Irish Examiner, accountingWEB and BusinessZone. Rachael has a passion for digital marketing, journalism, gaming and fitness, and is on Twitter at: @rachpower10.
Spread the love

We've had virtual, augmented and mixed reality so far, but now Intel are throwing their own buzzword into the ring: merged reality.

The computing giant announced Project Alloy at the Intel Developer Forum (IDF) yesterday, an all-in-one VR solution created from the ground up.

Intel CEO Brian Krzanich announced that the headset will have computer and sensors integrated directly into it. It'll leverage the recently updated Intel RealSense technology (including several new developer kits) for a "fully unplugged experience".

Krzanich hinted that users won't need "high-end sensors in every corner of your living room to scan your environment" to fully immerse themselves in the tech – as well as the ability to potentially see the room you're already in.

"Surge backward or forward, reach up or down, sway to the left or right — enjoy fully 6 degrees of total freedom in your movement. And take that virtual swing, without hitting that very real-world, and very expensive, table lamp several feet away from you," he said.

The headset wasn't the only trick Intel had up its sleeve at the IDC, though. The company has also announced a collaboration with Microsoft to bring virtual reality to mainstream PCs next year – something the likes of OSVR have been championing for, and which could lead to an even wider adoption of VR.

Specifically, Microsoft and Intel are collaborating on a specification for mixed reality ready PCs and head mounted displays, to enable hardware partners to build "a broad range of devices for the mainstream consumer and business markets".

Microsoft will roll out an update to Windows 10 as soon as next year to enable mainstream PCs to run the Windows Holographic shell and associated mixed reality apps.

Intel's Alloy hardware will be open to developers, and the company will provide open APIs for the ecosystem. Developers and partners can create their own branded products from the Alloy design in 2017.