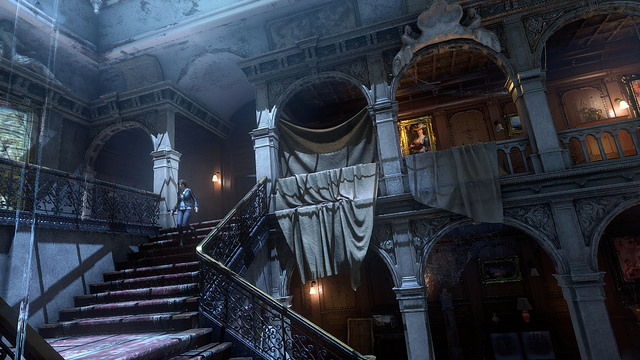 By Rachael Power | 21st July 2016 | VRTech http://www.virtualreality-news.net/
Rachael Power is an editor at TechForge Media, writing about marketing tech, connected cars and virtual reality. She has written for a number of online and print titles including the Irish Times, Irish Examiner, accountingWEB and BusinessZone. Rachael has a passion for digital marketing, journalism, gaming and fitness, and is on Twitter at: @rachpower10.

Lara Croft fans will be able to play as the iconic character in VR, in a 20-year anniversary version of Rise of the Tomb Raider.

The old Croft Manor is apparently the scene for Lara's big VR debut, as Playstation announced it gave them a "great opportunity" to investivgate the possibilities with cutting edge VR technologies.

"So for the first time in franchise history, you’ll be able to play the new 'Blood Ties' chapter in first-person through Lara’s eyes!" it wrote in a blog post announcing the game.

However, its release date on 11 October is two days before the PSVR, officially out on 13 October, so it might be worth noting that you may not be able to play the VR mission straight away.

Playstation has also added a new story and online co-op expansion to Endurance mode, allowing playears to team up, raid tombs and battle for the longest survival run – along other features, such as an Extreme Survivor difficulty setting.

The company's currently busy showing off its hotly-anticipated PSVR headsets around the US. Although they are yet to come to UK shores, you can pre-order from GAME, Amazon or ShopTo now.

Are you getting a PlaystationVR? We want to hear from you! Comment below.