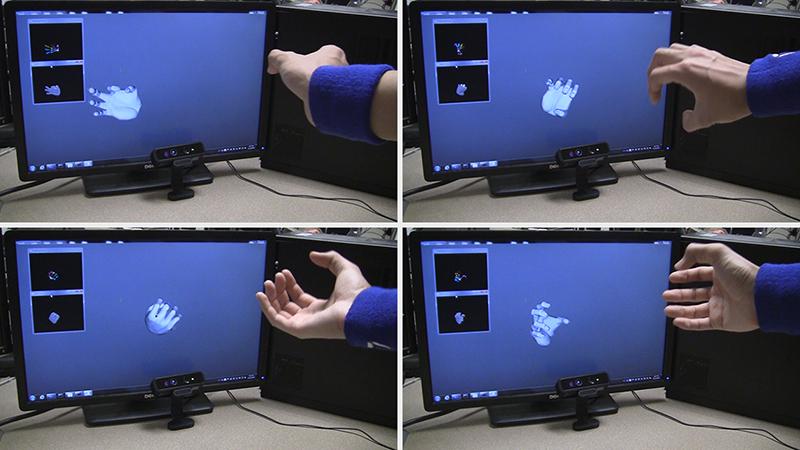 By Rachael Power | 23rd June 2016 | VRTech http://www.virtualreality-news.net/
Categories: Research,
Rachael Power is an editor at TechForge Media, writing about marketing tech, connected cars and virtual reality. She has written for a number of online and print titles including the Irish Times, Irish Examiner, accountingWEB and BusinessZone. Rachael has a passion for digital marketing, journalism, gaming and fitness, and is on Twitter at: @rachpower10.

Headsets may be one of the main features of virtual and augmented reality, but your hands play quite a big role too.

That’s why Purdue University researchers have developed a new system, DeepHand, that uses deep learning to represent the human hand in VR, understanding its complex joint angles and contortions in real time.

The researchers behind the project say there will be a need for improved hand recognition for computer systems that allow people to interact with virtual environments in future virtual and augmented reality.

“It’s called a spatial user interface because you are interfacing with the computer in space instead of on a touch screen or keyboard,” Dr Karthik Ramani of the School of Mechanical engineering says.

“Say the user wants to pick up items from a virtual desktop, drive a virtual car or produce virtual pottery. The hands are obviously key.”

Then, from the database the system selects the ones that best fit what the camera sees.

“The idea is similar to the Netflix algorithm, which is able to select recommended movies for specific customers based on a record of previous movies purchased by that customer,” Ramani said.

Although for training the system, the researchers need a powerful computer, once trained it can be run on a standard computer.

A research paper about DeepHand will be presented at a computer vision conference CVPR 2016 in Las Vegas next week.