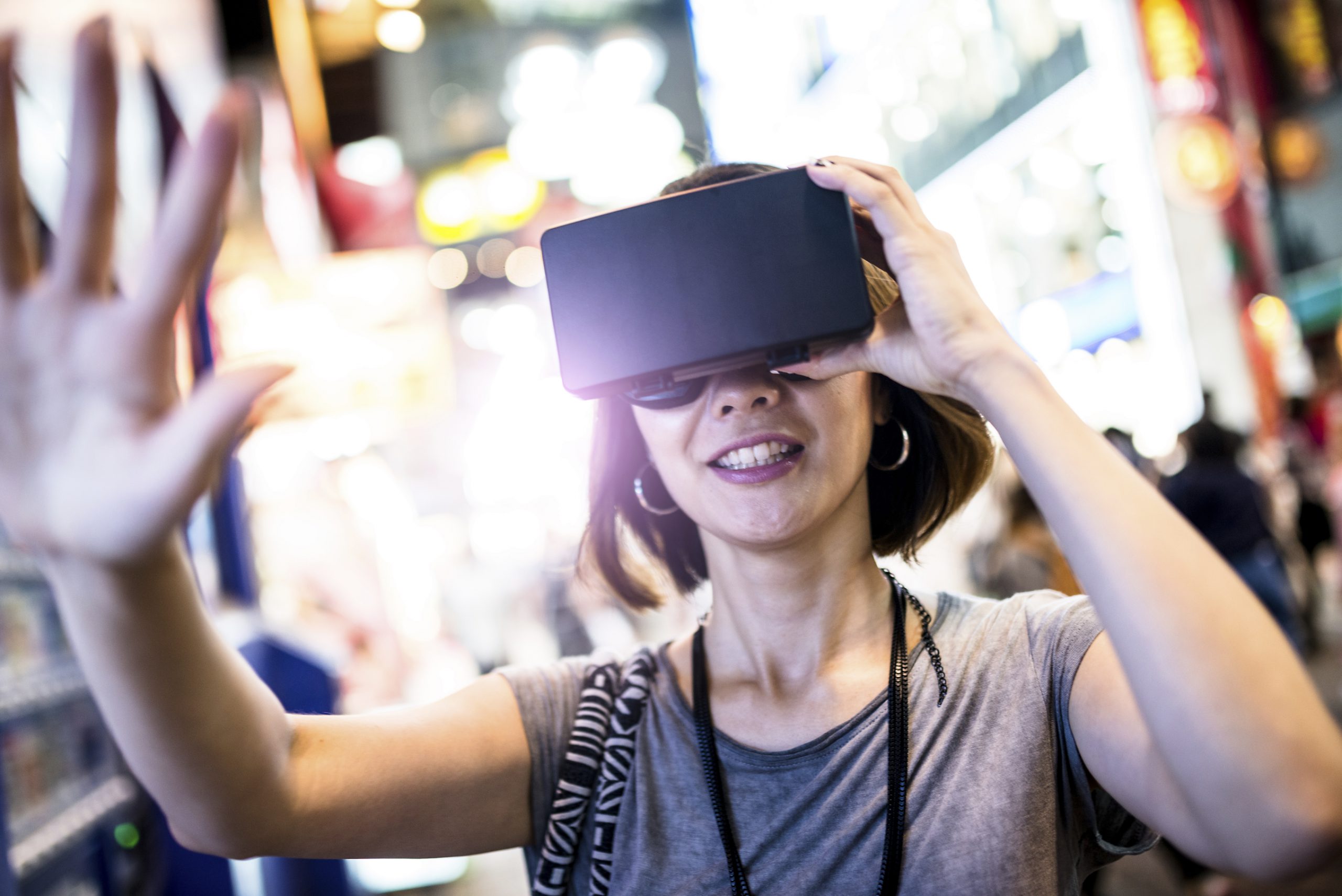 By Dr Mark Griffiths | 28th June 2016 | Nottingham Trent University
Dr Mark Griffiths is the Professor of Behavioural Addiction, International Gaming Research Unit at Nottingham Trent University. He has published five books, over 600 papers, 140 book chapters and over 1000 other articles particularly in the areas of gambling, video gaming and internet use.

VR’s potential in mass commercial markets appears to be finally taking off because of mass-produced affordable hardware such as Oculus Rift, HTC Vive, PlayStation VR and the (ultra-cheap) Google Cardboard (in which a smartphone can be inserted into cardboard VR headset frame).

Last year, a report by the marketing and consulting company Tractica claimed that spending on virtual reality hardware could be as much as $21.8bn by 2020.

A more recent report by online and digital market research company Juniper estimated that global sales of VR headsets would rise from 3 million in 2016 to 30 million by 2020.

Three markets are likely drive sales, and they all happen to be areas that I research into from an addiction perspective – video gaming, gambling, and sex.

I’ve noted in many of my academic papers over the years (particularly my early papers on online gambling addiction and online sex addiction) that when new technological advances occur, the sex and gambling industries always appear to be the first to invest and produce commercial products and services using such technologies, and VR is no different.

As an online article in Wareable by Dan Sung on VR sex noted:

“What [VR] headsets offer is immersion; 180-degree (or more), stereoscopic action with you as the star of the show and the adult actors and actresses looking deep and lustfully into your eyes as they tend to your genitalia. It's small wonder that users have been donning their headsets and earphones in numbers and praying to their god that nobody walks in.

There is little scientific evidence (as yet) that individuals have become addicted to virtual reality (VR).

However, that is probably more to do with the fact that, until very recently, there had been little in the way of affordable VR headsets. I ought to just add that when I use the term ‘VR addiction’ what I am really talking about is addiction to the applications that can be utilized via VR hardware rather than the VR hardware itself.

I was interviewed by Sung for his article and I made a number of different observations about VR sex. I commented that in terms of people feeling reinforced, aroused, and rewarded, sex is the ultimate in things that are potentially addictive.

Sex is one of those activities that is highly reinforcing, it's highly rewarding and how people feel is probably better than the highs and buzzes from other behaviours.

Theoretically, I can see that VR sex addiction would be possible but I don't think it's going to be on the same scale as other more traditional addictions.

The thing about VR (and VR sex) – and similarly to the internet – is that it's non-face-to-face, it's non-threatening, it's destigmatising, and it's non-alienating. VR sex could be like that whether it's with fictitious partners, someone that you're actually into, or someone that you've never met before.

Where VR sex is concerned, if you can create a celebrity in a totally fictitious VR way, it’s going to happen. There may be celebrities out there that will actually endorse this and can make money and commercialise themselves to do that. It can work both ways. Some people might find it creepy while others might see something they can make money from.

In one of my previous articles I looked at the area of ‘teledildonics’, a VR technology that has been around for over two decades. Dan Sung also interviewed Kyle Machulis who runs the Metafetish teledildonics website for his article.

He said that in relation to VR sex there is a problem with haptics (i.e., the science of applying tactile sensation and control to interaction with computer applications):

Another area that we will need to monitor is how the gambling industry will harness VR technology. The most obvious application of VR in the gambling world is in the online gambling sector.

There is no technical reason that I know of why people that gamble via their computers, laptops, smartphones or tablets could not wear VR headsets and be playing poker opposite a virtual opponent while still sat on the sofa at home. As Paul Swaddle (CEO of Pocket App) noted in a recent issue of Gambling Insider:

“We already know that participation in online gambling is snowballing, so if the entertainment industry can use VR to simulate the experience of being inside a video game, or social media sites can give you the opportunity to not just see your friends’ pictures, but to walk through them, why shouldn’t online casinos be able to do the same? VR may actually be the hook that mobile and online casinos need to draw in more millennials”

I agree with Swaddle’s observations as the gambling industry are constantly thinking about the ways to bring in newer players.

Today’s modern screenagers love technology and do not appear to have any hang-ups about using wearable technology including Fitbit and the Apple Watch. As Swaddle goes on to say:

“By using â¨VR technology to transport players and their friends to exciting locations for their online gambling experience, such as a famous casino in Las Vegas, or a smoky basement room in 1920s New York, or even to the poker table in the James Bond film Casino Royale, mobile and online casinos may stand a better chance of drawing in younger audiences if they use VR to gamify the casino experience”.

Again, this makes a lot of sense to me and I wouldn’t bet against this happening. Swaddle thinks that such VR gambling experiences will become commonplace in the years to come and that the gambling industry needs to get on the VR bandwagon now.

Perhaps of most psychological concern is the use of VR in video gaming.

There is a small minority of players out there who are already experiencing genuine addictions to online gaming.

VR takes immersive gaming to the next level, and for those that use games as a method of coping and escape from the problems they have in the real world it’s not hard to see how a minority of individuals will prefer to spend a significant amount of their waking time in VR environments rather than their real life.