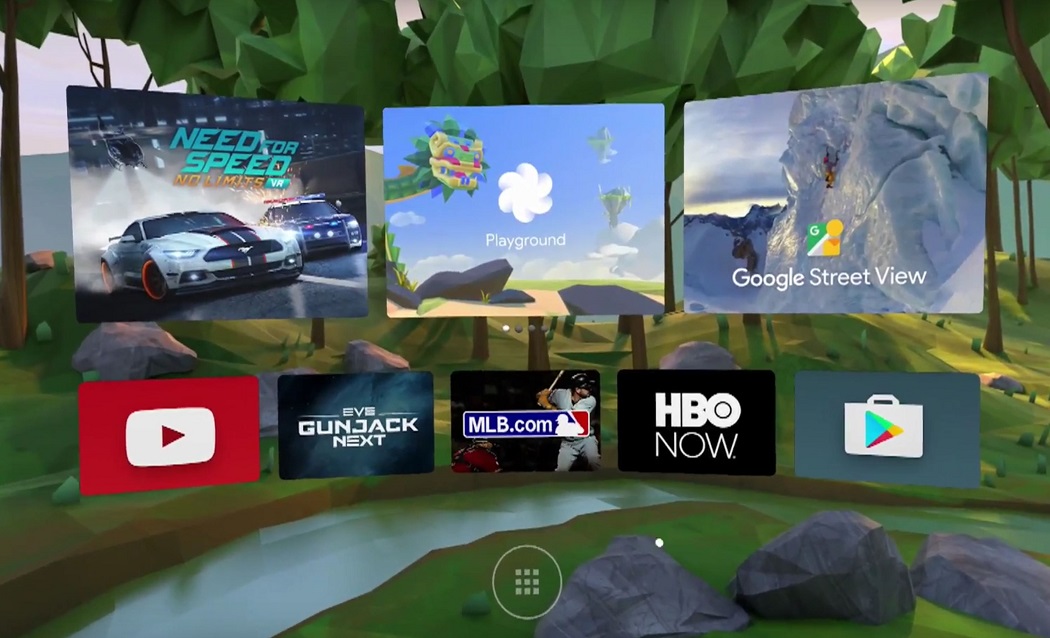 By Ryan Daws | 20th May 2016 | TechForge Media
Editor at TechForge Media. Often sighted at global tech conferences with a coffee in one hand and laptop in the other. If it's geeky, I'm probably into it.

Following this week’s Google I/O, cinema technology experts IMAX announced their partnership with Google on a VR camera for enabling producers to create immersive, 360-degree films. This is a big announcement itself, but if we look deeper it could hint at who is going to build Google’s first Android VR headset.

IMAX has teamed-up with Sweden-based VR headset manufacturer Starbreeze to launch VR centres in six locations worldwide, starting out with Los Angeles, before expanding to China and other places. As we reported earlier this week, Starbreeze has partnered with Acer to scale-up its manufacturing and help it to compete against players such as Oculus and HTC.

“Since our launch in June 2015, we have had an amazing start with StarVR. By partnering with Acer we shift gears yet again to firmly position us as the leader in top-end VR experiences. Acer is an excellent, experienced and prominent hardware partner that will accelerate us in realising and producing a high-definition, high-fidelity VR headset,” said Bo Andersson Klint, Starbreeze CEO. “We’ve been working with a clear roadmap for our VR strategy from day one and are now about to realise one of the first major collaborations we set out to achieve. The future for StarVR is now set and extremely exciting.”

During their I/O developer conference, Google announced its reference design for Android VR which is a step-up from Cardboard and enables third-party manufacturers to build headsets for their new ‘Daydream’ VR platform. “With Daydream, we’ve also created a reference design for a comfortable headset and an intuitive controller. And, yes we’re building one too. The headset and controller work in tandem to provide rich, immersive experiences,” Google wrote on their developer blog.

Google prefers to partner with experienced hardware manufacturers for its products, just look at the Nexus program which has seen the likes of HTC, ASUS, Huawei, and LG building the company’s official smartphones and tablets.

Acer has been a long-term manufacturer of Android products but has yet to build an official product. The company’s alliance with Starbreeze – who is partnered with IMAX and therefore Google – leads me to believe Acer will be the first manufacturer of the official Android VR headset.

“Today’s partnership with Google takes us into the next frontier of immersive experiences – virtual reality – and we look forward to working with them to provide our filmmaker partners and other content creators with a level of VR capture quality not yet seen in this space,” said IMAX Corp. CEO, Richard L. Gelfond. “VR marks an exciting area of opportunity for IMAX and we believe this agreement, which enables us to participate in image capture and content creation, is an important first step in our broader VR strategy.”

From an observer perspective, Google should be looking to Starbreeze for their VR technology if they want to compete against the current big players. There’s a reason Acer and IMAX have, and that’s because with the right partners Starbreeze’s incredible technology can rival the competition.

“Starbreeze is a pioneer in the burgeoning VR market and its headsets will deliver a wider, IMAX-like field of view to allow consumers to see, feel, move and play in new worlds in a powerfully immersive and realistic way,” said Gelfond. “While our partnership with Google puts IMAX in the VR capture business, Starbreeze brings the capabilities in content distribution and delivery that, when combined, help us to establish a complete offering across the VR ecosystem.”

The company’s headset, StarVR, features a unique 210-degree horizontal field of view to ensure wherever a user’s eyes move it will not break the immersion like some other headsets whilst also maintaining the 360-degree head tracking of competitors. In addition, dual quad-HD panels ensure a panoramic resolution of 5120×1440 for high-fidelity entertainment.

Each of the companies involved will need each other if they’re going to compete against Oculus and HTC in the VR market. Starbreeze needs a large-scale manufacturer like Acer to meet demand, Acer needs the influence of Google to ship units, and Google needs impressive technology like Starbreeze can offer to stand-out. That is why I think Google’s first Android VR headset will be manufactured by Acer.

Do you think Acer will be Google’s first Android VR manufacturer? Share your thoughts in the comments.