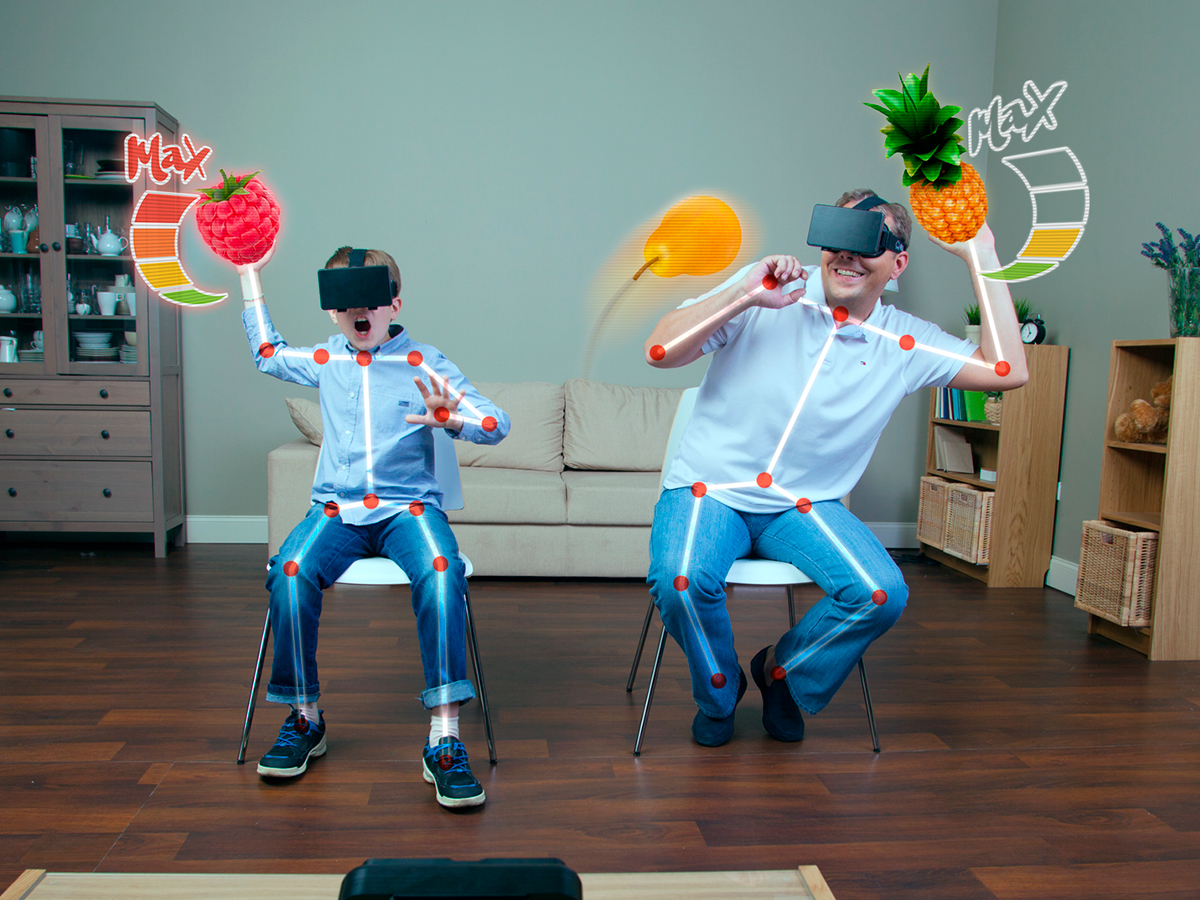 By Rachael Power | 20th May 2016 | VRTech http://www.virtualreality-news.net/
Rachael Power is an editor at TechForge Media, writing about marketing tech, connected cars and virtual reality. She has written for a number of online and print titles including the Irish Times, Irish Examiner, accountingWEB and BusinessZone. Rachael has a passion for digital marketing, journalism, gaming and fitness, and is on Twitter at: @rachpower10.

A bluetooth peripheral that brings wireless, Kinect-like motion tracking to Android and iOS head mounted devices without a PC, wires or wearable sensors is crowdfunding on Indiegogo.

The campaign is aiming to fund full 3D body tracking for mobile VR.

VicoVR comes in three parts: a reasonably affordable sensor which looks a lot like Microsoft’s Kinect, capable of providing positional tracking for mobile VR, and a headset and hand controller.

The sensor – which pairs with smartphones wirelessly – can also be used with existing headsets from Google Cardboard to Samsung VR.

Users can also pair it with next generation gaming platforms such as Apple and Android TV, where it can be used as a wireless 3D motion sensor.

The device is compatible with Google’s recently announced Daydream platform. However, Daydream lacks positional and full body tracking, which VicoVR is aiming to fill the gap for.

A company spokesperson told VR news the VicoVR doesn’t partner with Oculus or Vive however, as the sensor works with mobile VR only.

As mentioned, VicoVR is relatively cost efficient and is currently about $349 (£239) for the full package. Supporters of its Indiegogo campaign, which runs for another month, can bag a deal for cheaper.

Features include support for Android and iOS devices, some free games, a collision warning function, a free software development kit (SDK) and support for up to two players.

Its tracking works by giving precise 3D coordinates of 19 body joints for each user presented in the field of vision of the sensor. Data is then sent wirelessly, “with minimal latency” to any Android or iOS head mounted display. All processing is done via VicoVR and it doesn’t consume the processing power of your smartphone.

The company hinted at some useful features and apps that may become available in the future, such as 3D scanning of rooms and the sensor being used to take body measurements for use with a VR fitting room app that might be developed on the SDK.

For developers, the product provides plugins for Unity3D and Unreal Engine 4, so developers can start creating apps straight away.

The company behind the product, 3DiVi, has been up and running since 2011. It initially started out trying to bring 3D gesture recognition technology to emerging computer platforms besides the Kinect.

But in 2014 it started creating 3D body tracking software and released a prototype of the VicoVR that year.

After it gets funded, the company plans to trial VicoVR headsets at Foxconn and begin shipping headsets to Indiegogo backers from December. The company is trying to crowdfund $75,000 (£51,000) and is currently at 43% of its target.