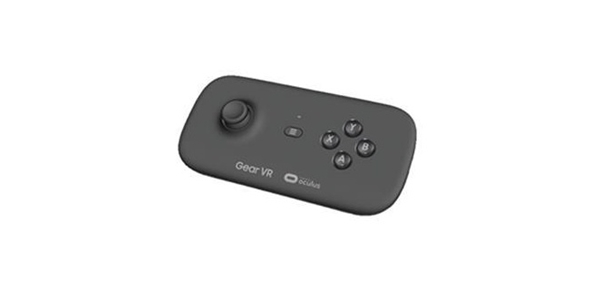 By Rachael Power | 26th May 2016 | VRTech http://www.virtualreality-news.net/
Rachael Power is an editor at TechForge Media, writing about marketing tech, connected cars and virtual reality. She has written for a number of online and print titles including the Irish Times, Irish Examiner, accountingWEB and BusinessZone. Rachael has a passion for digital marketing, journalism, gaming and fitness, and is on Twitter at: @rachpower10.

A Czech Samsung fan website has ‘leaked’ images of what looks like a Samsung Gear VR controller.

SamsungMania’s Martin Chroust has shared the pictures in an article, although it’s yet unclear where he sourced them from and Samsung have yet to confirm they’re the real deal.

The pictures show a dual-branded Samsung and Oculus controller that looks like a 2D game pad with a joystick on the left and A, B, X, Y buttons on the right.

Chroust writes that it’ll most likely weigh 300 grams and snap into the front of Samsung Gear VR headsets when not in use. He adds it’ll have matte textured base and tether to your smartphone via bluetooth.

The closest accessory Samsung has to this at the moment is the Samsung Wireless Gamepad, which isn’t compatible with VR but does connect to smartphones via bluetooth on a wide range of Android devices for mobile gaming.

We’ll be keeping a close eye on this one and update the article once we hear back from Samsung.