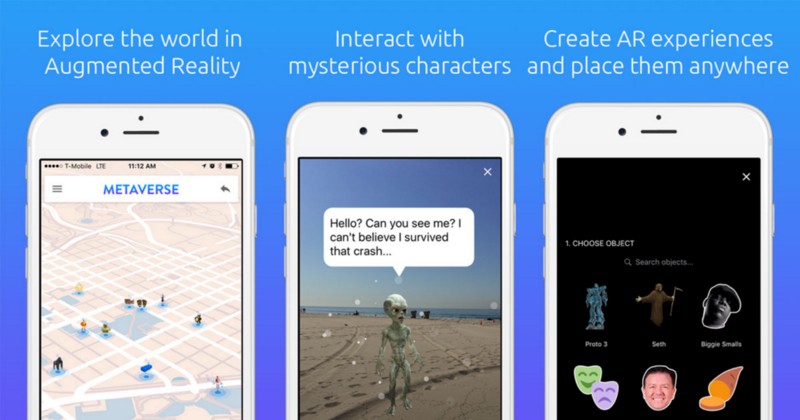 By Rachael Power | 3rd November 2016 | VRTech http://www.virtualreality-news.net/
Rachael Power is an editor at TechForge Media, writing about marketing tech, connected cars and virtual reality. She has written for a number of online and print titles including the Irish Times, Irish Examiner, accountingWEB and BusinessZone. Rachael has a passion for digital marketing, journalism, gaming and fitness, and is on Twitter at: @rachpower10.

Until now, building your own augmented reality experiences would be, to most people, a seemingly achievable task.

But along comes a company who wants to ‘democratise’ this sector: Go Meta. It’s just launched its Metaverse platform, which it says will allow anyone to create their own augmented reality experiences.

It’s currently available only for iPhone users, and launched after a $2m seed funding round, which got the backing of 23 angel investors.

Users can, for example, use the Meta App to build simple AR interactive experiences, dropping an item or character anywhere and choosing how they interact with the rest of the world.

To illustrate what the app could be used for, it’s been a platform for scavenger hunts in LA and San Diego, as well as in Santa Monica, where people went on a Pokémon Go-style hunt to find certain AR objects.

In addition to the app’s launch, Meta Studio is also now available, which means you can build interactive experiences and dimensions in a web accessible, interactive development environment.

It’s also brought out Meta API for developers, which allows for scripting of dimensions and experiences with hooks and integrations to external services.

Beta access is available at the moment, and you can request to become a creator – whatever your standard – via an online form.

“We’ve loved watching people enjoy augmented reality (AR) over the last year. It’s an amazing new way to interact with the world around you.

“Until today, it’s only been possible to create augmented reality if you were an expert. We’ve changed that with the launch of Metaverse, an augmented reality platform for everyone,” wrote founder Dmitry Shapiro in a recent blog.