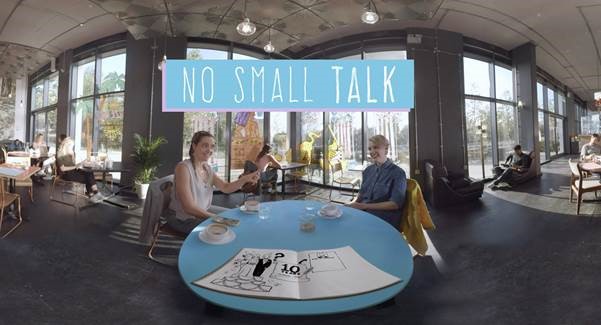 By Rachael Power | 18th November 2016 | VRTech http://www.virtualreality-news.net/
Rachael Power is an editor at TechForge Media, writing about marketing tech, connected cars and virtual reality. She has written for a number of online and print titles including the Irish Times, Irish Examiner, accountingWEB and BusinessZone. Rachael has a passion for digital marketing, journalism, gaming and fitness, and is on Twitter at: @rachpower10.

Anyone working or interested in technology will know it's no secret that in some areas, there's a disproportionate number of men to women involved in the sector.

Indeed, a Deloitte report from earlier this year shows that women hold only 25% of digital jobs in the UK and, according to The Guardian, only 12.8% of the STEM workforce.

According to YouView research, this also stretches to virtual reality, with male usage almost double that of females. There has however been initiatives to encourage a more equal balance of genders using the tech, such as Women in VR, a movement that's growing year on year.

But the BBC has also now launched a VR experience that's accessible to younger women in particular: No Small Talk.

Produced by independent VR companies VR City and Lyristic, the experience is a talk show that's designed for viewing on Google Cardboard and Samsung Gear VR.

The experience allows its audience to sit in on a conversation between two inspiring women; Cherry Healey and Emma Gannon, while they discuss the big ideas that underpin our daily life, and the changing world around us.

The show’s producers also set out to test their hypothesis that natural conversation is one of the best ways to convey and develop ideas. VR can enhance that conversation and invites users to be part of the discussion.

Chris Sizemore, who commissioned No Small Talk for the BBC said: “No Small Talk is all about exploring the cutting edge, editorially and technologically, in order to be prepared to best meet the evolving expectations for media of young adult female audiences.

"The vision for this piece of content format innovation is to connect Generation Podcast, with an emerging new media technology: 360 video and VR headsets. The experience offers this audience the chance to sit in on Cherry and Emma’s conversation with a sense of intimacy, to feel like they are present and taking part, not just observing from a distance or ‘through a window’.”

The show is available from this week onwards on BBC's homepage, and from next Wednesday 23 November on Google Cardboard and YouTube 360.