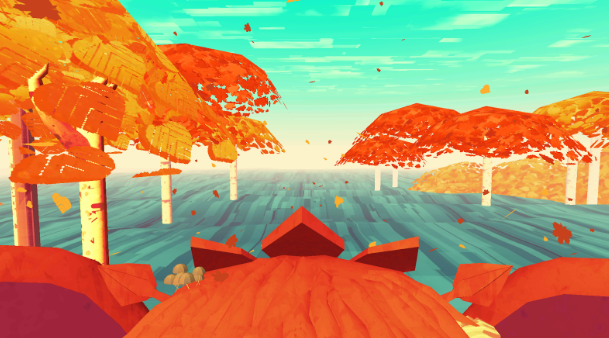 By Rachael Power | 21st November 2016 | VRTech http://www.virtualreality-news.net/
Rachael Power is an editor at TechForge Media, writing about marketing tech, connected cars and virtual reality. She has written for a number of online and print titles including the Irish Times, Irish Examiner, accountingWEB and BusinessZone. Rachael has a passion for digital marketing, journalism, gaming and fitness, and is on Twitter at: @rachpower10.

The BBC's research and development department has been churning out virtual reality content, and its latest project has just been release on Google Daydream.

The Turning Forest is a virtual reality fairytale that was originally created for the Oculus Rift and th Tribeca Film Festival, but has now been enhanced and re-released for free on the Google Play Store.

According to the BBC, the Google Daydream version improves the spatial sound design, introduces new controller interactions and includes lots of new surprises for the audience to discover.

The BBC worked with independent VR production studio VRTOV on the experience, in which you embark on a folkish journey with a young child and a 'fantastical' creature.

Independent VR production studio VRTOV collaborated with the BBC team on the production of the experience.

The Turning Forest also features an award-winning spatial soundtrack and showcasing BBC R&D’s vision for new listening experiences over headphones and how it can be used to provide greater immersion in 360 degree environments.

The sound was adapted from an original soundtrack commissioned for S3A: Future Spatial Audio for an Immersive Listener Experience at Home, funded by the Engineering and Physical Sciences Research Council (EPSRC).

According to Zillah Watson, executive producer, BBC R&D: “The Turning Forest is unique in that it’s been designed from the sound up, using state-of-the-art audio to help transport people to a magical world.

"It takes advantage of decades of research and experience from our own R&D team, partners and universities to create a beautiful soundscape that we hope people will love. We’re delighted to bring this latest experiment to even more audiences and we can’t wait to hear what they think.”