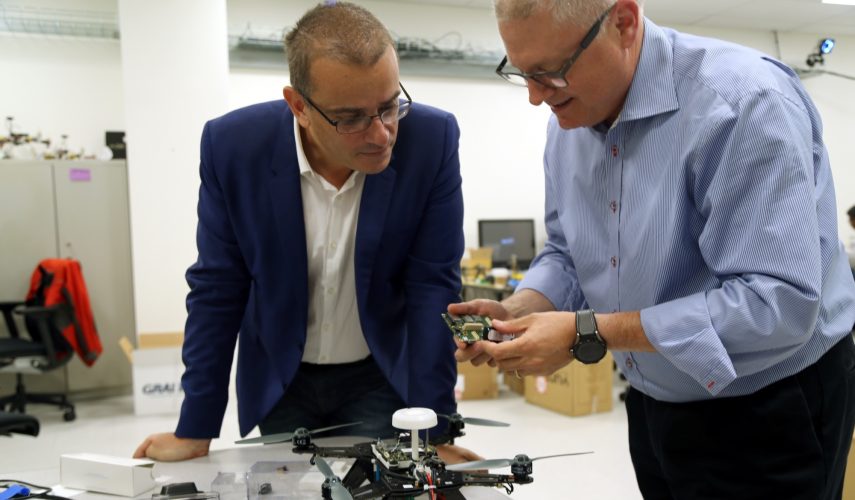 By Rachael Power | 6th September 2016 | VRTech http://www.virtualreality-news.net/
Categories: Applications,
Rachael Power is an editor at TechForge Media, writing about marketing tech, connected cars and virtual reality. She has written for a number of online and print titles including the Irish Times, Irish Examiner, accountingWEB and BusinessZone. Rachael has a passion for digital marketing, journalism, gaming and fitness, and is on Twitter at: @rachpower10.

The company’s senior VP and general manager of Intel’s New Technology group wrote in a blog that the acquisition was part of a series it was undertaking to build a suite of capabilities around its RealSense depth sensing technology, which allows cameras to ‘see’ the world in 3D.

Last month, Intel announced its plans around a virtual/mixed reality headset, Project Alloy, which would work using the RealSense technology.

The company added in its blog post announcing the acquisition that Movidius’ tech would be deployed across its AR, VR and MR efforts, as well as other areas such as drones and robotics.

Movidius is a vision processor company that designs compact, high-performance, ultra-low power computational imaging and vision processing chips, software, development tools and reference designs. It’s headquartered in California, but many of its investors and leadership team are from Ireland.

In a blog post by CEO Remi El-Ouazzane, the company said it would combine its vision processing unit platform for on-device vision processing with Intel’s RealSense technology, while retaining its startup mentality and continuing to innovate.

“When computers can see, they can become autonomous and that’s just the beginning. We’re on the cusp of big breakthroughs in artificial intelligence.

"In years ahead, we’ll see new types of autonomous machines with more advanced capabilities as we make progress on one of the most difficult challenges of AI: getting our devices not just to see, but also to think,” El-Ouazzane wrote.

Want to find out more about how artificial intelligence (AI) can affect your business? The AI Expo world series brings together brands, evangelists and start-ups to explore leading developments in the enterprise and consumer sectors. Find out more here.