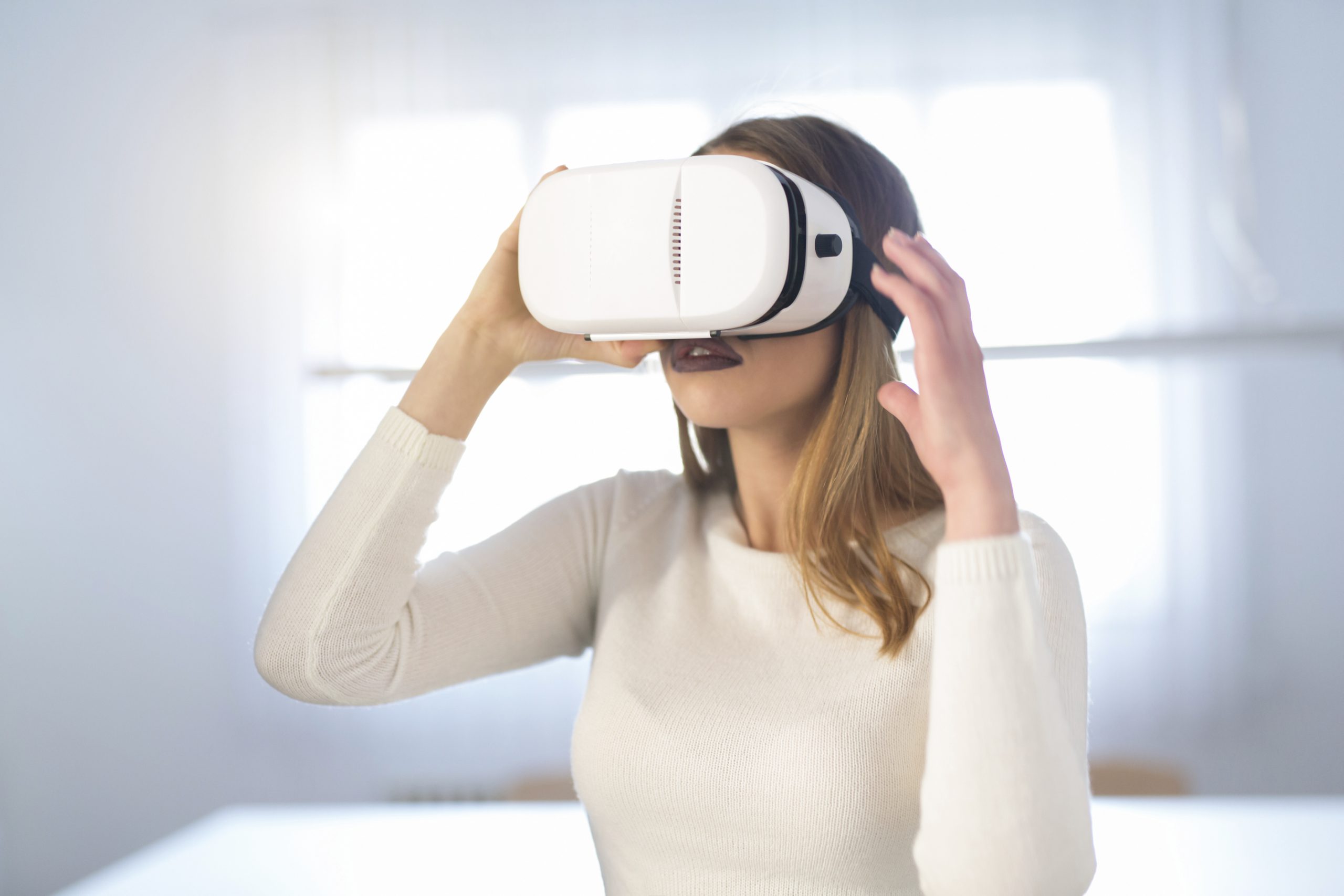 By Daniel Cheetham | 9th September 2016 | Happy Finish
Categories: Brands,
Daniel Cheetham is Chief Interactive Officer at Happy Finish. He has guided the Interactive Division at Happy Finish to become one of the leaders in the creation of Augmented Reality (AR) and Virtual Reality (VR) experiences for commercial advertising clients and sometimes just for fun. Daniel has worked in interactive media for 14+ years working with a diverse array of clients such as Lexus, VW, Universal Music, Channel 4, Rolex, Asda, Lamborghini to name a few.

It feels strange writing an article on how 360, virtual and augmented reality is impacting the fashion and beauty world, having never been a true fashionista.

I’m not as fashion monotone as Steve Jobs, who famously only ever wore black Issey Miyake turtleneck jumpers and jeans (for convenience sake he claimed) – in terms of my  attempt achieving a look’ often its pure luck as to whether I get them right, or go wildly off the mark and make a whole bunch of unintended statements..

However, since I joined Happy Finish my appreciation of the fashion world has taken a huge leap forward. Happy Finish has a strong history in fashion; it's how we started.

Working with the world's leading photographers, talented retouchers like our founders Rainer and Chris, we were trusted to take great fashion images and make them even greater. Fashion is in Happy Finish’s DNA. So with such a heritage, it was obvious our interactive tech-focused division would be pioneering in new ways fashion brands communicate to the world.

Since our early research and development in 360 video, augmented and virtual reality, we’ve been working with fashion brands, developing concepts on how to use creative technology to evolve new wave content for them.

Our first Google Cardboard project for Ted Baker back in July 2014 was one of (if not the) world's first commercially funded/branded Cardboard campaigns. We filmed 360 video content scooting around the city on mopeds and added an interactive treasure hunt at key London landmarks.

Even back then, in what seems like the dark ages of virtual reality and 360 video, we were quickly discovering that the real opportunities with the tech for aspirational brands is not to create 30-second 360 video ad slots or to simply do the obvious and put a 360 camera in the front row of a fashion show.

360 video and virtual reality are mediums that gives us an opportunity to create compelling content that audiences wanted to engage with and to share. Content that acts as an extension of the brand and its products, not just a promotional tool, but part of the experience the brand promises.

Fast forward five years, and the idea of brands not using VR will seem ludicrous

VR and 360 content that is quite simply an ad will  become commonplace at some point, but maybe not for a while yet. If the market starts bombarding the already fresh and likely tentative virtual reality users with advertisements, they may take their headsets off and leave them off for some time.

So for now content is king in VR and 360, audiences will engage with VR and indeed AR content if it offers them something they want. And for fashion, that means providing a glimpse of a lifestyle audiences aspire to – whether that is some entertainment or art to while away a few minutes and to inspire, or something that they can share with peers and that will up their cool standing.

Working with great fashion focused creatives and recognised fashion photographers and filmmakers like Norbert Schoerner and Antoine Wagner has been great – we’ve been able to help each other progress the grammar of storytelling in VR and 360 content, pioneering with the medium to conjure new ways to tell the most compelling stories ever and bring brands to life in hugely immersive ways.

We are able to put the user in the centre of the brands world.

VR and 360 video breaks the fourth wall and captures 100% of the viewers' attention. It develops a direct path to the viewer's empathy in ways that build a deep connection with the content and ultimately, goes on to create powerful brand recall.

Add to this the new technology developments that allow us to add shopability to linear 360 content, and to heat map where viewers are spending their time looking, all of a sudden, the commercial impact of utilising VR as a channel can analytically be proven.

It's here to stay

Beyond all the hype of VR and 360 being a fad (which it’s not), the reality of virtual reality is simply that is it just a new medium we must explore and master, that will allow us to tell stories in linear and interactive ways.

It will sit as part of the media mix brands use – as photography and video have come to over the past 100 years. Try to imagine how a brand like Charlotte Tilbury or Gucci would go to market without using video or photographic images; it’s almost impossible to see how they’d manage. Now fast forward five years, and the idea of the same brands not using VR will seem equally as ludicrous.

We absolutely love creating VR content at Happy Finish, we work on some really cool technology-enthused things for many types of clients. But we particularly love how working with fashion and beauty clients allows us to explore the art in our craft, potentially more than any other sector is willing to allow us to.

Fortune favours the brave. The fashion and beauty world has always been about disruption and by its nature trend setting. And it's the brave disruptors in fashion and beauty who are now adopting VR and 360 content early and pushing the boundaries faster, willing to do things that other sectors may be nervous to try.

It will be the boldest brands that will benefit the most from this new content revolution.

Brands like Charlotte Tilbury, for example, for whom we have recently created another world first 360 project. The project represents the first time Kate Moss has appeared in a 360 experience, and it’s also the first time that Nokia OZO camera has been used by a beauty brand.