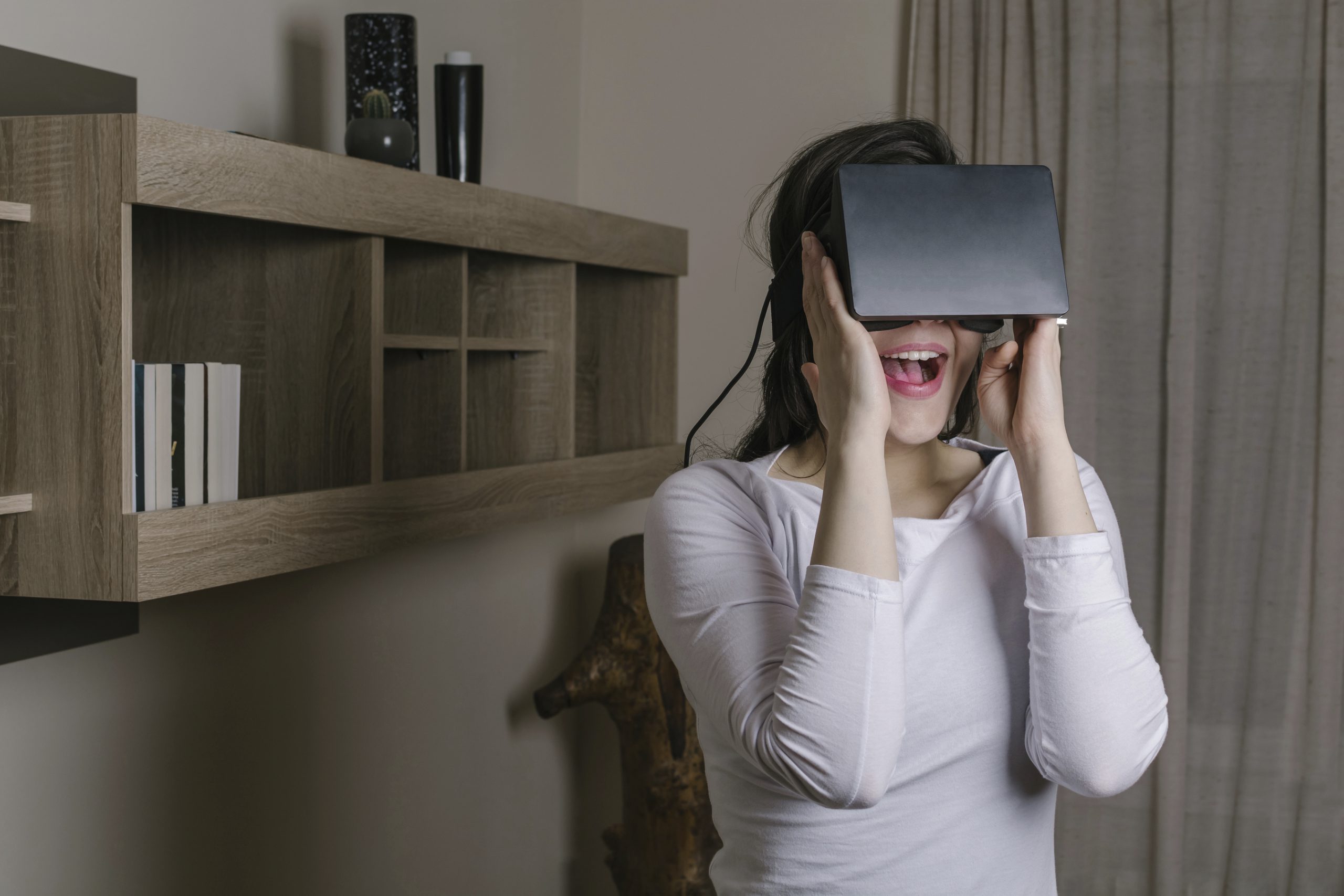 By Rachael Power | 21st September 2016 | VRTech http://www.virtualreality-news.net/
Rachael Power is an editor at TechForge Media, writing about marketing tech, connected cars and virtual reality. She has written for a number of online and print titles including the Irish Times, Irish Examiner, accountingWEB and BusinessZone. Rachael has a passion for digital marketing, journalism, gaming and fitness, and is on Twitter at: @rachpower10.

Virtual reality is making a splash in the world of retail. Not only has it been trialled by the likes of eBay in a partnership with Australian retailer Myer earlier this year, but more and more potential uses of the tech crop up for the retail sector every week.

The latest is from retail and consumer insight company Kantar Retail, which has partnered with SensoMotoric Instruments (SMI) to create a VR shopping experience.

The tech uses the Samsung Gear, modified with SMI’s eye tracking platform, to give real time information about a shopper’s visual attention while inside a virtual store.

Immersive eye tracking means retailers can grasp how consumers are reacting to things like signage, displays, products and packaging, adding a new dimension to shopper studies.

Analytics in VR is certainly an upcoming area, as content creators – and of course, retailers and marketers – try to figure out the ROI of using the tech, as well as simply how the average person reacts to virtual experiences.

This could be a really useful application in virtual reality that will supplement how the tech will be used in the retail sector during the years ahead.

Expert view: How analytics could be used

"Virtual reality is seen as the next technology disrupter in the retail world. In my view, it will be the retail sector that will be driving much of the changes in the application of VR. Virtual shopping will become an extension of online shopping and there could well be an extension of this into other aspects of life, such as entertainment.

"Imagine sitting at home watching a TV series or movie and seeing something you like – a glamorous dress, a pair of shoes, a watch – and by clicking on the item, just like that, it will be delivered to you," he said.

Dr Hon also gave an example of how analytics could be used and what the implications would be for retailer or manufacturer.

"Wearing augmented reality or VR headsets, a little yellow dot could appear on every item available to buy in any given scene. This is taking the product placement concept to the next level because viewers can see and buy immediately," he surmised.

Another suggestion came from CEO of machine learning company DigitalBridge, David Levine. He suggested the tech could be used to virtually 'try products on' within the home.

“VR and AR have the potential to completely revolutionise the retail sector; it can become the undo button for interior design. Bridging the imagination gap is vital for businesses, particularly as more customers move online. Retailers should embrace this technology as more consumers will come to expect it," he added.

More broadly speaking however, the retail sector as a whole has “a huge amount to gain from VR in the longer run,” CEO and founder of Visualise Henry Stuart told VR Tech News.

“There will be completely customised virtual environments for each brand. These environments will not be restricted by cost or physical constraints such as gravity, meaning fantastical and completely unique designs that allow for tailored shopping experiences,” he said.

“In the shorter term though it will be activations in store – companies will want to transport customers into the heart of their brand. Imagine being transported to a bar in Italy’s golden age of 60’s Italy and having a bottle of Peroni passed to you by the elegant Bogart lookalike tinkles the ivories of the piano. Or the Gucci experience brings you to the front seat of their latest show at Paris Fashion Week,” Stuart added.

There’s already hard proof of this from the likes of Thomas Cook’s Try Before You Fly campaign, which Visualise was part of. In addition, Stuart mentions a recruitment project for the army, which reported a 65% increase in the number of applicants during days where VR was used.

“In our work with Google and the FT – Hidden Cities Rio – they saw huge increases in dwell time over traditional videos and a far larger percentage of people that actually completed the video compared to normal films,” Stuart explained.

While the projects outlined above show the potential of virtual reality right now, the retail sector isn’t always known to be the first to adopt new tech so readily.

Indeed, insight director at Savvy Alastair Lockhart told VR Tech News that the retail world is “playing catch up” with how shoppers want to interact with them.

“The tech savvy generation have high expectations and retailers need to inspire shoppers both instore and online whilst providing all the necessary product information to help convert sales.

“Virtual reality will play an important role moving forwards and awareness of these popular headsets amongst shoppers is also increasing. Our own research identified that nearly a third of shoppers now find the idea of using virtual reality for retail appealing and this interest rises to 46% amongst 18-24 year olds,” he added.

The same research found that over half of respondents think VR will be commonplace in people’s homes within a decade.

“Retailers can therefore ill-afford to stand still and rely on a long standing customer base. Instead, they must evolve with the times and reinvent themselves – with technology a core part of the retail mix,” Lockhart added.

High end headsets are becoming more mainstream – such as the Oculus Rift, which launches in the UK this week. As adoption increases and price eventually falls, this – along with the uses and applications of virtual reality that are springing out of the woodwork – do indeed mean that retailers can’t afford to ignore this emerging tech.

Find out best practice around virtual reality and contextual technologies at The Tech Expo, London on 24-25 October here.