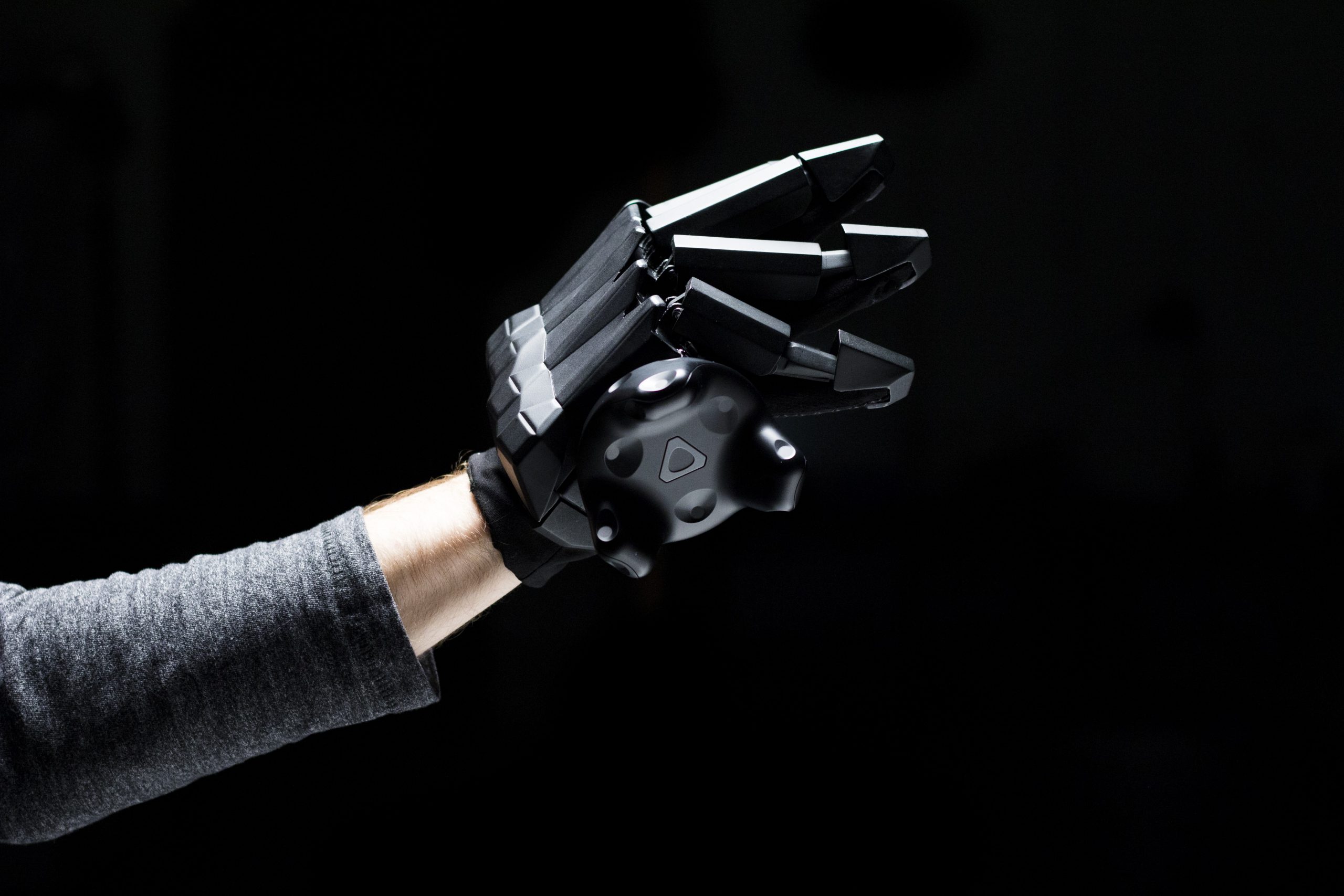 By Colm Hebblethwaite | 27th April 2017 | VR 360 https://www.virtualreality-news.net/
Colm is the editor of VR 360, with a mission to bring the most important developments in technology to both businesses and consumers.

Having gloves that use haptic feedback in order to let VR users feel the simulated physicality of the virtual environment is widely seen as an important evolutionary step in the VR ecosystem.

Now, thanks to a Kicstarter campaign launched by VRgluv, we could be about to see a leap forward.

The kickstarter aims to raise $100,000 and backers will receive a pair of the gloves at a discounted rate from the retail price of $579.

The gloves are compatible with Vive and Occulus headsets.

According to VRgluv CEO Chris Taylor, the gloves will have a wide range of applications in industries as diverse as gaming, education, medical and robotics.

However, work will initially be focused on getting the gloves introduced to the gaming community.

“I believe that giving gamers the ability to use ‘virtual hands’ instead of button controllers is literally a game changer,” taylor said.

“VR hardware is nothing without great content, and, we are already working with talented developers to create a suite of games that will make for an absolutely incredible variety of gaming experiences from the very first day that our Kickstarter backers receive their gloves.”

VRgluv came about as part of the internal start-up incubator of Kickr Design in Atlanta.

The design and engineering company has been working with a variety of companies and entrepreneurs in order to develop consumer IoT and medical products.

“We had this great group of product engineers at Kickr from CalTech, Georgia Tech and Stanford who wanted to have a more immersive/real experience in VR gaming then was currently available,” Addison Shelton, Kickr Design CEO, said.

“Gloves for VR were a favourite topic, almost daily, of discussion, as an engineering challenge, and, as they say, the rest is history.”