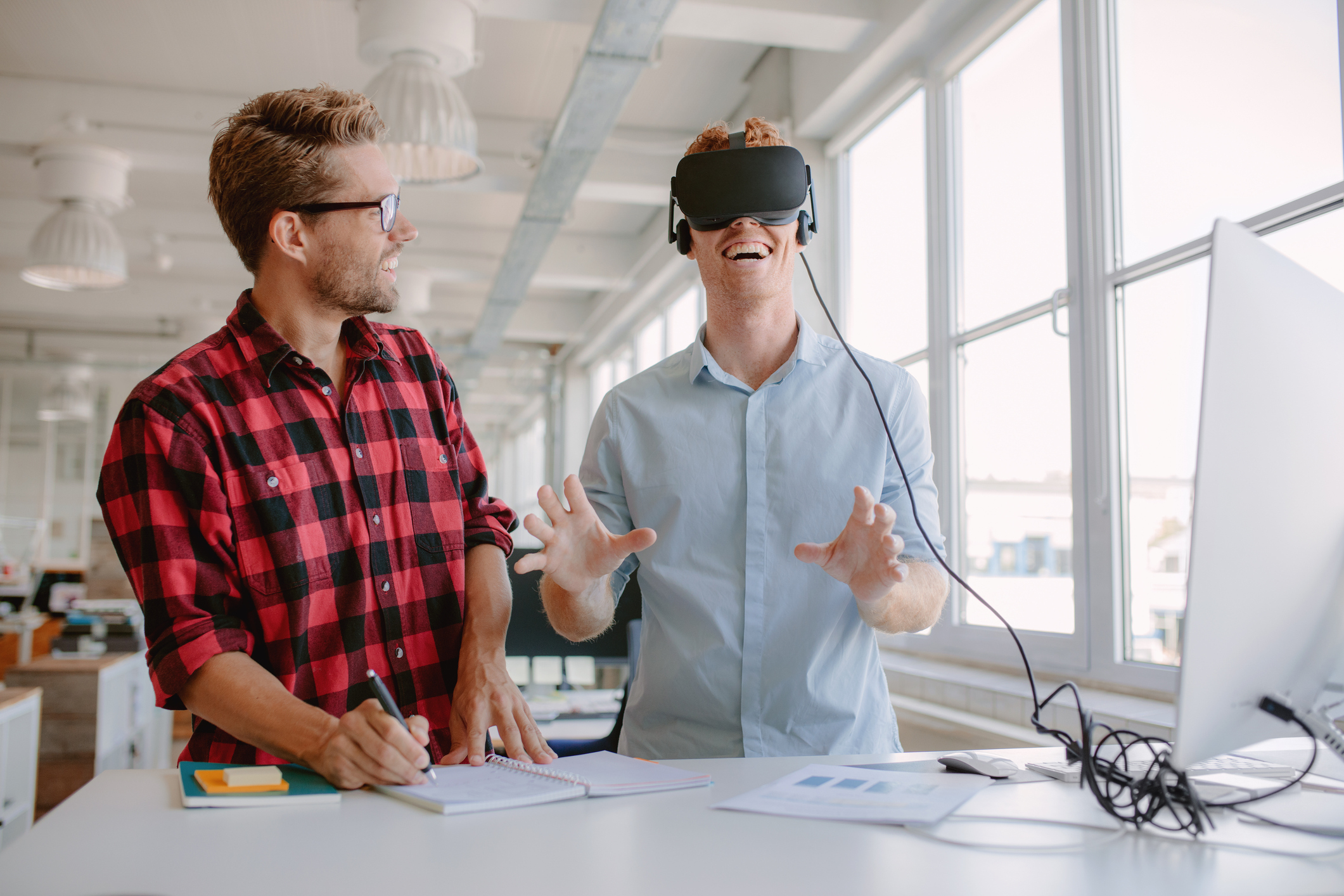 By Vishwa Ranjan | 5th January 2017 | Infosys
Vishwa Ranjan sees things others don’t, thanks to his 20-someodd years working in the computer graphics field. At Infosys, Vishwa helps to paint a better picture of augmented and virtual reality capabilities by showing how the technologies will impact consumers and professionals, how they’ll buttress new and old industries, and what paths are necessary to get there.

On July 6, 2016, Niantic released its augmented reality (AR) game, Pokémon Go. Over the course of the following few weeks, the game, according to SensorTower, was downloaded more than 15 million times, attracted 21 million active daily users and pulled in more than $160m in under a month.

To say Pokémon Go was a phenomenon would be an understatement. But is it the 'ah-ha' moment some have made it out to be?

It likely is not. While Pokémon Go has been a significant augmented reality (AR) experience, one that’s promising in both its execution and social implications, it’s only the beginning of what AR may become, and what it is capable of.

A more sophisticated AR –  and, by extension, virtual reality (VR) – experience requires better hardware, better software and more power than today’s phones (and most computers) are capable of producing.

We need more power for our devices to process all of this data while maintaining a reasonable battery life.

Most importantly: We need an ecosystem of “killer apps” that demonstrate obvious and real value to customers. Enterprises, manufacturers and consumers all need to have practical reasons for buying into expensive hardware and software.

When all of those elements are developed, we will have reached the critical mass threshold necessary for widespread AR and VR adoption. We’re not there yet, but we are so very, very close – and our proximity to mass-market AR and VR should garner a lot of interest from a lot of industries.

Why AR and VR aren’t there yet

AR and VR are two of the most exciting areas in tech today. They both have the potential to transform our day-to-day interactions, our work and more. But before either AR or VR can truly hit critical mass among consumers and businesses, a few key challenges need to be overcome.

The first is that we need better, and cheaper, hardware – particularly for smartphones. AR and VR both have high requirements in terms of processing power and graphical factors in order to work well. They need to be able to measure, track, project and anticipate movement with zero latency.

More sophisticated AR also requires the ability to anchor, track, follow and adjust movement throughout an environment at scale. This requires sophisticated sensors, the ability to measure depth reliably, and battery and processing power. For mass consumption, this all needs to fit into a small, affordable frame.

This is the main reason why hardware costs remain high. (Yes, Google Tango, Google’s AR project, is making progress here, and Lenovo is releasing a Tango-enabled smartphone shortly, but the potential profits, as we’re about to discuss, still haven’t outweighed the costs.)

However, this doesn’t mean we’re not making progress. Image-recognition-based, location-based (such as Pokémon Go) and sensor-based AR technology is helping to push AR out into early adopters' hands.

We also need to consider scenarios where elements of AR break down. For example, what happens to an AR-enabled device when its loses its connection to the internet or, more problematically, a GPS satellite?

AR’s hardware challenges are, perhaps, most easily identified in Microsoft’s HoloLens. The software giant’s first take on true, wearable AR is a large, bulky system that would sit comfortably next to an early-'90s executive’s cell phone.

Its form factor and expense ($3,000 a headset) are also significant barriers to entry — especially for consumers. Additionally, we have yet to see how it works outside of less-than ideal conditions.

But its mere existence is exciting. Our capabilities to render, orient and project objects onto a real-world environment have been miniaturised to the size of a headset. That is a phenomenal development on its own — despite its current size (again, '90s cell phones were bulky, but also transformative).

Not just that, but the HoloLens is also capable of both rendering three-dimensional objects and allowing the user to interact with those objects. There is no doubt that the future of advanced AR is starting with the HoloLens.

How AR and VR will take off

First and foremost, widespread adoption won’t happen until three conditions are met. First, this technology needs to be affordable. Second, it has to address specific pain points. Third, businesses will need to be able to make money off it.

The importance of price cannot be overstated. Today, AR and VR are very expensive. Consumer model VR headsets, the Oculus Rift and the HTC Vive, for example, cost $600 and $800, respectively. Microsoft’s developer model HoloLens headsets cost roughly $3,000 a piece. Prices will need to drop significantly before we see wide adoption.

Second, wide adoption in VR and AR needs to meet a practical pain point. It needs to solve a problem for both every-day and niche users. For example, a proper AR experience could give a user a step-by-step guide on how to successfully install solar panels on a roof, using an AR headset or application.

The exclusive knowledge of those trained in the field could then be relayed, easily, to a novice in one simple package. AR could also provide a user with a tool to see how a new piece of furniture, like a couch or baby’s crib, would fit in a room. Both AR and VR need to have a means of bringing more value to the table, for both consumers and enterprises, than there was before.

With this in mind, VR has a head start over AR. Its primary audience, video gamers with the funds to first buy or build a $1,000-plus machine before purchasing a $600 (Oculus Rift) or $800 (HTC Vive) headset is already established.

VR has proven its value to a market by its simple existence. But AR and VR will need to prove themselves outside of niche markets like gaming if they’re to be widely accepted. To do this, quality content will need to be created. For both VR and AR, that’s a tough and time-consuming proposition.

We also need a strong, open developer community to propel AR and VR. Both are very data-centric. Developers will require an obvious understanding of how all this data will be processed and stored – particularly, the consumer data.

For example, not only will AR need to be able to track and position objects in the real world, it will also need to be able to respect a person’s privacy by ignoring users who opt out of potential features, like augmented identification.

An open developer culture that cares, and is forward thinking about the implications of its underlying technologies, will innovate quickly to ensure that challenges like data privacy aren’t a roadblock to mass adoption.

There’s no doubt that AR and VR will take off. Both systems have practical, day-to-day applications that are just beginning to emerge. By 2020 both AR and VR are forecast to be worth $120bn and $30bn, respectively according to Digi-Capital.

There’s no stopping that. But, too often, it’s too easy to get ahead of ourselves and declare ourselves "there" when we still have a long way to go.

Pokémon Go is a good example of that: We’ve come to understand the excitement and the thrill of the technology. And we're developing the know-how. But for now, at least, we lack the ability to realise it..