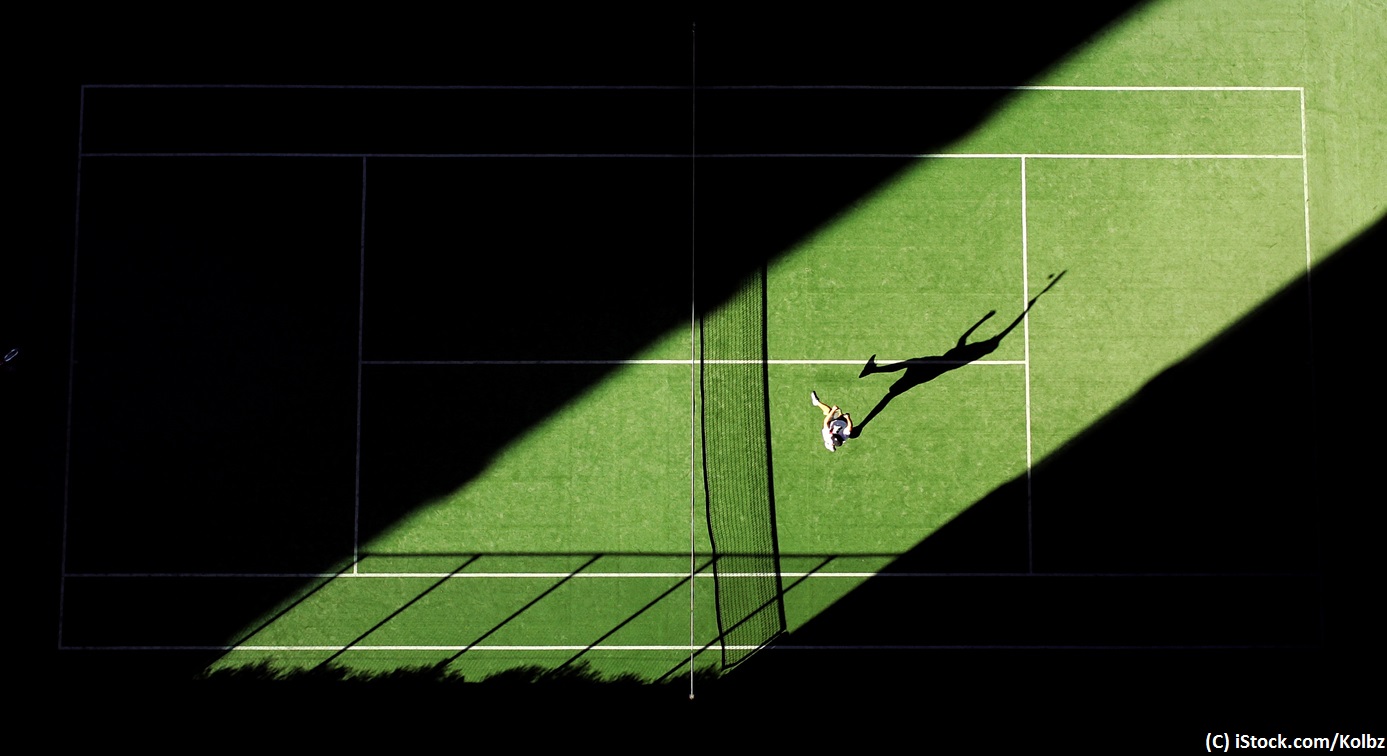 By Matt Phelan | 4th July 2017 | 4Ps Marketing https://www.4psmarketing.com/
Matthew Phelan is one of the co-founders of 4PS and now acts as UK CEO. He is passionate about marketing, technology and people.

Wimbledon is a sporting event like no other, it is quintessentially British and never fails to bring the public together for two weeks in July.

The event is about so much more than tennis, it is about patriotism, strawberries, fashion and passion. It’s also an event for which tickets are almost impossible to come by and for most, it is about replicating the energy of centre court by sharing a patch of grass with strangers and watching on a big screen.

But as one of the most watched and talked about events in the calendar, is there an opportunity for brands to use technology and truly bring Wimbledon to life?

Mainstream VR first appeared on the tech scene in the 1990s when Nintendo launched its famously unsuccessful Virtual Boy, but 20 years later the technology is making a strong resurgence. In the past 12 months, tech giants such as Google and Samsung have both released new products and features that aim to bring the VR & AR into the everyday lives of consumers.

So, can brands leverage data, apply it to VR/AR technologies to enhance the Wimbledon experience for the tennis fans that aren’t physically attending?

Tickets to Wimbledon are notoriously hard to get hold of but by using VR fans could gain access to the very exclusive Centre Court.

Henman Hill, now Murray Mound, has become synonymous with Wimbledon, but in the not too distant future, we could see the crowd wearing VR headsets instead of craning their necks for a glance at the big screen.

For those who can’t physically attend, these technologies will be able to use data to make the experience even better by bringing the action directly to them.

by combining advanced technology with the traditional event, all types of brands can capitalise on the hype

For AR, again it is about enhancing the experience, so it could be used by the crowd to replay points or view live stats and player information.

This year Robinsons, which enters its 81st year of sponsorship with Wimbledon, will be aiming to take people closer to the action on court, enabling consumers at selected stores to experience Wimbledon from an umpire’s chair via a VR headset and enhanced 360 Wimbledon video.

By combining advanced technology with the traditional event, all types of brands can capitalise on the hype. Nike could have you rally with Sharapova, with their trainers on subtle display; Lansons champagne could have you virtually sit in the royal box whilst sipping on their bubbles; Rolex may have you sit side by side with the umpire, all whilst casually showcasing their finest watches.

Incorporating these technologies into the marketing mix around Wimbledon will give brands the opportunity to enhance the experience for audiences, old and new, all while raising brand awareness.

Enhancing the experience of all sports

The global sporting industry last year was estimated at a value of over $90 billion, and this is only set to continue.

For sport, both VR and AR present huge opportunities, not only for live events but for brands and athletes. 360° camera set ups in stadiums will allow sports fan from around the world to get involved in the action via headsets, even if they are on the other side of the world.

for sport, both VR and AR present huge opportunities

VR can also offer new and exciting experiences such as the opportunity to play against the stars. Imagine going to an Arsenal game and being offered the chance to play against Mesut Özil during half time.

Looking at it from a brand perspective, Nike, for example, could use VR in their stores combined with an omni directional treadmill so customers would be able to use products in a life like situation. Or offer the chance to race Mo Farrah in store.

On top of this, Nike could also use AR to let customers dress up their friends in the latest products, quickly try on an item and then view it in different colours, or even create, design and try on new products in store.

For years, people in the industry have been claiming that ‘this’ will be the year of VR and AR, however, in reality it hasn’t happened yet because the technology available to consumers isn’t quite there.

Not enough people are using it, or have access to it, to make it the huge success it could be. Last year only 10 million VR headsets were sold worldwide; but the more we see the technology entering everyday lives, the more we are going to see VR and AR totally transform the meaning of the ‘customer experience’.

Some brands will wait until this tech is readily accessible, but for those wishing to stand out from the crowd, they will make it accessible themselves.

For brands and marketers alike, the development and use of these new technologies needs careful consideration. In the past, it was common place to view the online and offline journey as two separate entities. However, just like a customer doesn’t have a separate online and offline life, their customer journey isn’t one or the other either.

So, it is essential that brands are looking to utilise VR, AR and other new technologies, to bridge the gap between digital and physical making the customer experience as seamless as possible.