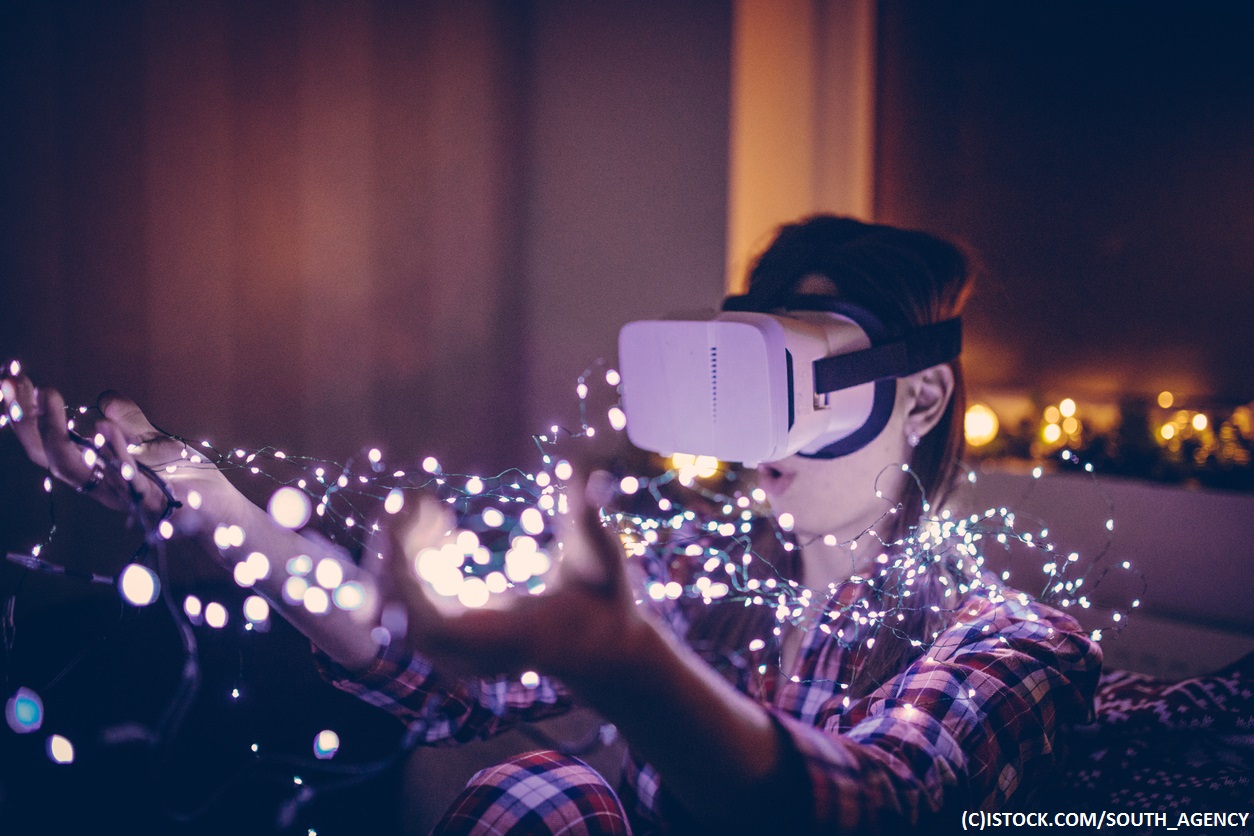 It’s no secret social virtual reality is having a moment. As one of the key highlights to come out of the Facebook F8 conference, not only has VR now mastered ‘presence’ (convincing the brain you’re actually there without the motion sickness) but it also has its sights set on making you feel the presence of others.

The possibilities with this are huge; from dating to interactive business meetings, and even football matches where you can feel the crowd’s excitement but skip the bad food. Forget the board from Minority Report – we’re flying right past it.

As with all new technology, there are risks associated with VR. Research is currently looking at how long term use can rewire the brain psycho-physiologically and there isn’t really a solid answer on whether this can be solved or what the effects could be.

As with many major advances in tech, it’s hard to turn back the clock. The only way VR will truly disappear, like the ill-fated 3D TV, is if it’s no longer commercially viable. This seems unlikely as some of the biggest companies invest in its future. One of the main drivers of this investment, thinking of Facebook in particular, is the versatility, another key point of difference against the euthanized 3D TV.

VR isn’t just a viewing platform – there’s a hugely broad potential for this technology and for the advertiser. As the social element continues to develop, here’s are just a few of the directions VR could go in:

This is one of the most obvious prospects for VR to advance in, especially if there’s some investment in longer-form games. Currently the games seem more like demos and developers haven’t fully got to grips with the platform. But the potential is huge; be that RPG games where you’re truly inhabiting the world or FPS where haptic suits react to when you take a hit. This only gets more interesting in the social space where you can team up with a friend and physically play through a game in a truly shared experience. However, this also increases the troll problem: nobody wants a 12 year old avatar telling them they’re rubbish.

Customer service has long been an area businesses have looked to automate without compromising on quality. With the growth of realistic human avatars and chatbots, this divide could be bridged in the future. Don’t want to make a high value car purchase online? Take a VR tour through the options and compare how models drive.

As we make headway in battling the stigma associated with mental illness, some people still find reaching out for help and physically visiting a counselor difficult. With slight de-personalisation being a key feature of VR, joining a session from the comfort of your own home could become more sought after. We’ve already seen the mental health space innovate to take advantage of tech platforms like Headspace and MindShift, and VR could take that further.

It may sound vague but with Skype meetings quickly becoming the norm, VR could become the next step. Learning and development, for example, could massively benefit this; join your induction or training course from anywhere in the world and feel like you’re in a room meeting your colleagues. Teams could get physically immersed in complex data that they literally walk through. VR’s incredibly immersive experience is the major plus point; the days of sneaking out of conference calls or getting stuck taking yourself on and off mute could soon be gone.

With other options like augmented reality and mixed reality a firm fixture of the innovation scene, it’s not until VR headsets are under the Christmas tree en masse that we’ll know if it’s truly arrived.