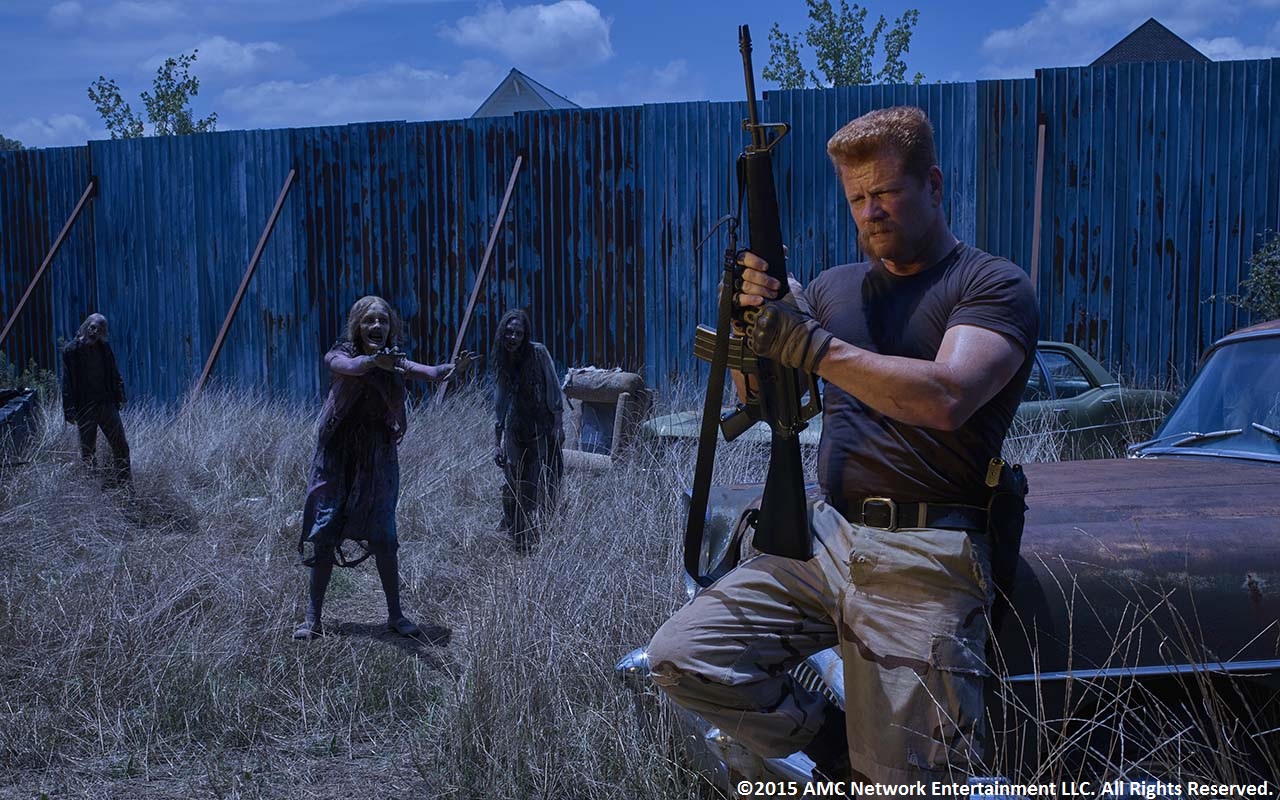 By Colm Hebblethwaite | 19th September 2017 | VR 360 https://www.virtualreality-news.net/
Colm is the editor of VR 360, with a mission to bring the most important developments in technology to both businesses and consumers.

AR is coming to the world of advertising in a big way. As both Google and Apple release their development tool, it is likely that consumers will begin to see a lot more AR marketing campaigns in the near future.

Which doesn’t mean that there aren’t already awesome examples of the medium at work. As fans of AMC’s The Walking Dead get ready for the season eight premiere, they can satiate their hunger with a AR app created by Trigger.

The app, which includes on-pack and in-store branding from Moutain Dew, allows users to experience what life in a zombie apocalypse would be like in their kitchens.

We spoke with Trigger CEO Jason Yim about the project and how AR advertising is about to reach a tipping point.

How did the idea for the ‘The Walking Dead Encounter’ come about and why was AR suited to the campaign objectives?

AMC approached us with the concept. It's a perfect application of AR because the show has enough iconic content for a collection system to be fun and engaging.

And the fan base can do something they've never been able to do before – place their favorite zombies into their home, school, work etc. And the social features let those fans capture and share that experience to an even wider audience.

Do you think we are reaching a ‘tipping point’ where AR’s use in marketing campaigns will go from being a novel experience for many people to more widespread?

AR is reaching the tipping point on several fronts. Firstly, the latest technology is becoming much more powerful and widely available, allowing more consumers to experience AR as it should be experienced.

Secondly, and perhaps more importantly, consumer understanding of and interest in AR has been growing which accelerates adoption. It's much easier to get users excited about an AR experience, without first having to educate them on the fundamentals of how AR works.

And lastly, partially because of the former two reasons, more clients are starting to fund AR projects at scale, further exposing and exciting consumers about the possibilities of AR.

Is the main value of AR with movie or franchise tie-ins and collaborations rather than original content?

At the beginning AR will have most visibility when paired with a massive IP. But the long-term value of AR is much broader than that.

We see AR as a ubiquitous technology that can be applied not only to marketing, but to product development as well as Enterprise solutions and tools.

Trigger describes itself as a ‘mixed reality agency’ – do you consider this a more useful term then the standard AR/VR dichotomy?

The entire ecosystem is evolving past the AR/VR dichotomy and includes other technologies that one must master to blend the digital and physical worlds together.

While other agencies are just beginning to explore the technology, at Trigger we’ve been an industry leader for a while. We have over 80,000 hours of Mixed Reality development experience for the world's largest brands – Google, Visa, Marriott, LEGO, Honda, Nike, McDonalds, in addition to entertainment clients.

You can download the experience on iOS and Android now.