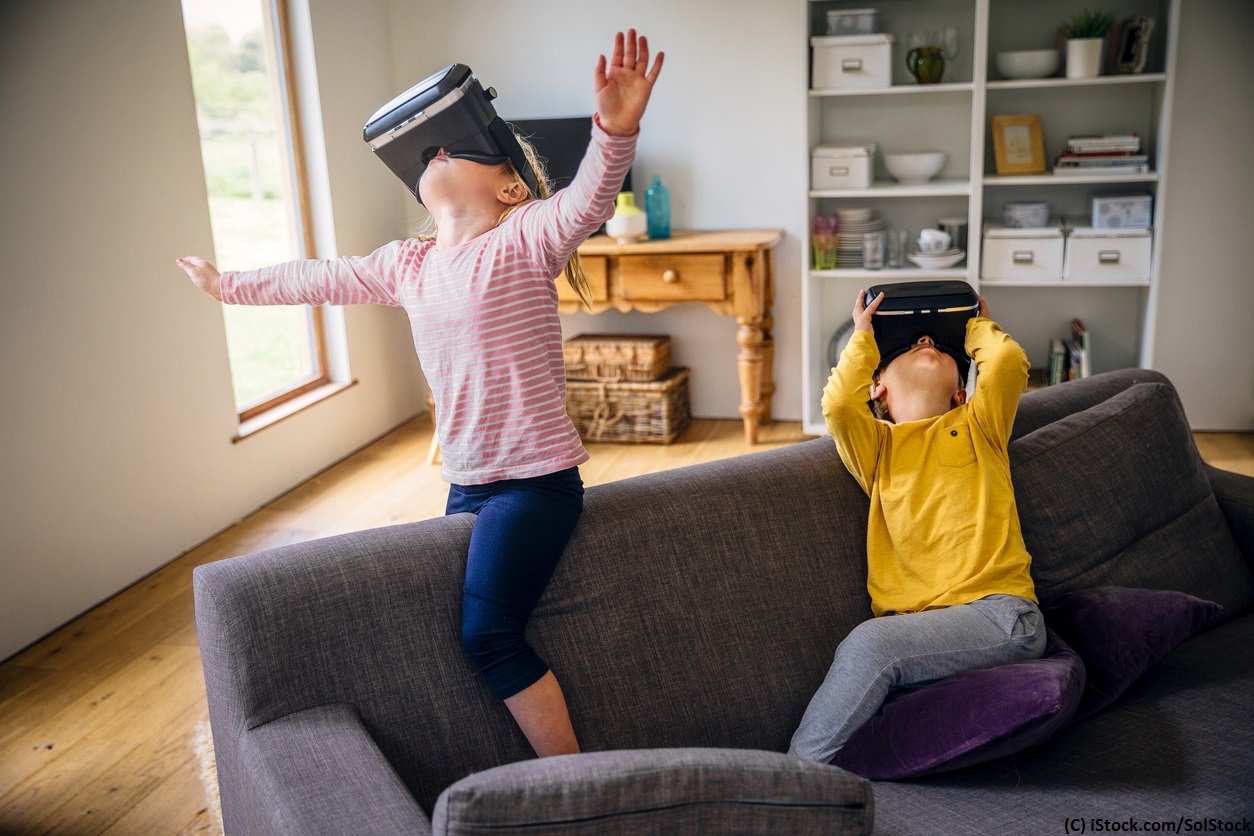 By Colm Hebblethwaite | 5th April 2018 | VR 360 https://www.virtualreality-news.net/
Categories: Case Studies,
Colm is the editor of VR 360, with a mission to bring the most important developments in technology to both businesses and consumers.

60% of parents that took part in a recent survey by Common Sense reported being concerned about the potential negative effects that VR could have on their children. These concerns are, however, accompanied by a belief that VR will provide children with highly informative and beneficial educational experiences.

62% of surveyed parents think that VR will be educationally beneficial, rising to 84% for those whose children already use the technology.

According to the study, 20% of parents reported living in a house with VR, although 65% said that they have no plans to buy a device anytime soon. VR experiences can have powerful effects on children, who may have trouble distinguishing between virtual and real experiences. The emotional responses provoked by VR are likely to be very similar to actual experiences.

Some parents reported that their children have experienced health issues as a result of VR, with 13% saying they had collided with something, 10% suffering headaches and 8% getting eyestrain.

Despite this, 38% think that VR will be an important tool for teaching children to empathise with others.

"VR is an exciting new technology that is already showing promise in teaching children important life skills such as empathy and perspective," said James P. Steyer, CEO and founder of Common Sense.

"There is still a lot to learn about VR, and we have a responsibility to parents and educators to understand how it impacts child development so they can minimize the potentially negative effects while maximizing the positives. As advocates and researchers, we have a unique opportunity to stay on top of this emerging technology and influence its development to help kids learn, achieve better health outcomes, and enhance their entertainment."

VR represents a range of promising opportunities for both parents and educators, such as helping children empathise with the perspective of others. But research has highlighted a number of potential negative issues that could be associated with immersive experiences, particularly vision issues, aggressive behaviour and excessive escapism and distraction.

"While VR research is limited, parental concerns about safety are legitimate, and there are some simple things they can do now to help protect their kids, from physical protections, like setting time limits and creating a safe space for kids to sit down and experience VR, to being aware of content and talking to kids about what they are experiencing, including the difference between real and virtual characters."