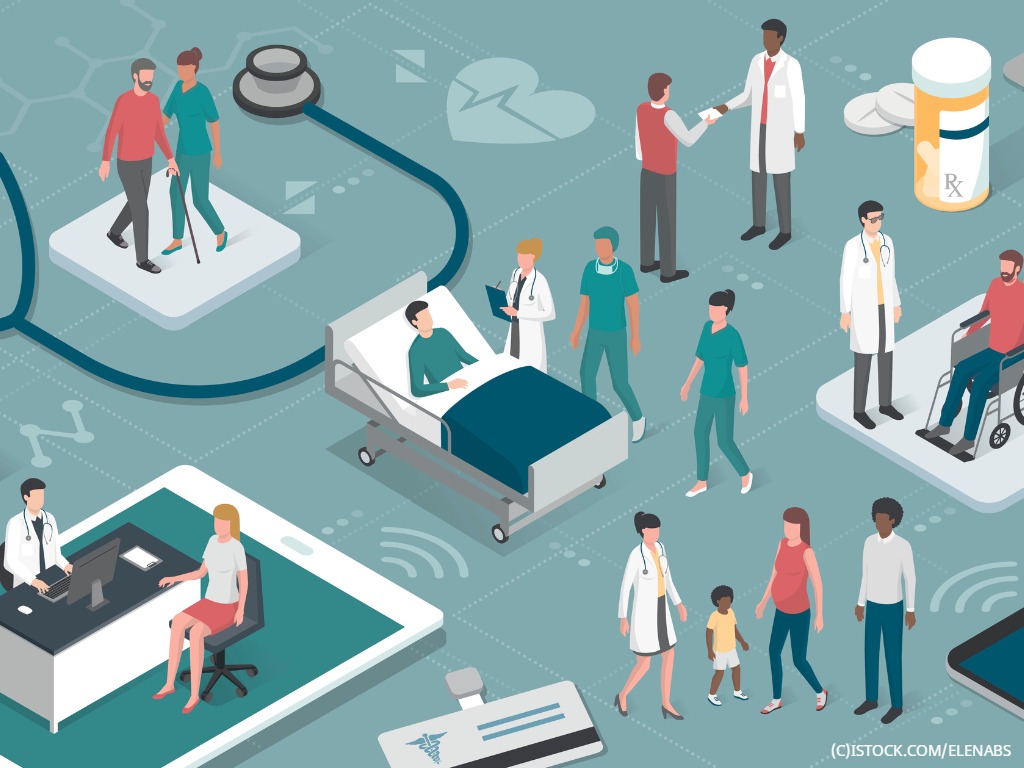 By Skip Rizzo | 13th February 2018 | University of Southern California Institute for Creative Technologies http://techforhumanity.ieee.org/
Albert “Skip” Rizzo is the Director for Medical Virtual Reality at the University of Southern California Institute for Creative Technologies and has Research Professor appointments with the USC Dept. of Psychiatry and Behavioral Sciences, and at the USC Davis School of Gerontology. Dr. Rizzo conducts research on the design, development and evaluation of Virtual Reality (VR) systems targeting the areas of clinical assessment, treatment and rehabilitation. Skip Rizzo will provide insight on Clinical VR at the annual SXSW Conference, March 9-18, 2018 in Austin. The session, Clinical VR: Therapy With Potential & Power, is included in the IEEE Tech for Humanity Series at SXSW. For more information please see http://techforhumanity.ieee.org.
Spread the love

Virtual reality (VR) technology offers new opportunities for clinical research, assessment, and intervention. Since the mid-1990s, VR-based testing, training, teaching, and treatment approaches have been developed by clinicians and researchers that would be difficult, if not impossible, to deliver using traditional methods.

During this time, a large and ever maturing scientific literature has evolved regarding the outcomes and effects from the use of what we now refer to as Clinical VR. This term subsumes VR application developments targeting cognitive, psychological, motor, and functional impairments across a wide range of clinical health conditions.

Moreover, continuing advances in the underlying enabling technologies for creating and delivering VR applications have resulted in its widespread availability as a consumer product, sometimes at a very low cost. So, when one studies the scientific literature, examines the evolving state of the technology, and observes the growing enthusiasm for VR in the popular culture, it is hard not to see the areas of mental and physical healthcare as the fields from which VR’s future killer apps will sprout.

It wasn’t an easy road getting to a place where one could make that claim with a straight face. When discussion of the potential use of virtual reality applications for human research and clinical intervention first emerged in the early 1990s, the technology needed to deliver on this vision was not in place. Consequently, during these early years VR suffered from a grossly imbalanced “expectation-to-delivery” ratio, as most who explored VR systems during that time will attest. Computers were too slow, computer graphics were primitive, 3D user interface devices were awkward and required more effort than users were willing to expend to learn how to operate effectively with them, and head mounted displays (HMDs) were costly, bulky, and had limited tracking speed, resolution, and field of view. Thus, in 1995, VR experienced its own nuclear winter as the public became disenchanted with the quality of a typical VR experience and the technology languished for many years in what Gartner has termed “the trough of disillusionment”.

In spite of this, the vision of Clinical VR was sound and VR “enthusiasts” continued to plug away at the R&D needed to advance the technology and document its added clinical value. And, over the last 20 years, the technology for creating VR systems gradually caught up with the vision of creating compelling, usable, and effective Clinical VR applications. This period saw dramatic advances in the underlying VR-enabling technologies (e.g., computational speed, 3D graphics rendering, audio/visual/haptic displays, user interfaces/tracking, voice recognition, intelligent agents, and authoring software, etc.) that now supports the creation of low-cost, yet sophisticated, immersive VR systems that are capable of running on commodity level computing devices.

In part driven by the digital gaming and entertainment sectors, and a near insatiable global demand for mobile and interactive networked consumer products, such advances in technological “prowess” and accessibility have provided the hardware and software platforms needed to produce more adaptable and high-fidelity VR scenarios for the conduct of human research and clinical assessment/intervention. Thus, evolving healthcare applications can now usefully leverage the interactive and immersive assets that VR affords as the technology continues to get faster, better and cheaper moving forward deep into the second decade of the 21st century.

Moreover, a significant scientific literature evolved, almost under the radar, since the 1990’s indicating positive outcomes across a range of clinical applications that leveraged the assets provided by VR. Such scientific support for the clinical efficacy and safe delivery of VR-delivered care served to also inspire the current view that technologic innovation may also help reduce the escalating healthcare costs that have become one of the hallmarks of post-industrial western society.

A short list of areas where Clinical VR has been usefully applied includes:

To do this, Clinical VR scientists have constructed virtual airplanes, skyscrapers, spiders, battlefields, social settings, beaches, fantasy worlds, and the mundane (but highly relevant) functional environments of the schoolroom, office, home, street and supermarket. In essence, VR environments can now be created that mimic real or imagined worlds and apply them clinically to immerse patients in simulations that support the aims and mechanics of a specific assessment or therapeutic approach. As a result, there is a growing consensus that VR has now emerged as a promising tool in many domains of clinical care and research.

What makes Clinical VR so distinctively innovative is that it represents more than a simple linear extension of existing computer technology for human use. By way of VRs capacity to immerse a user within an interactive computer-generated simulation, new possibilities exist that can go beyond the simple automation of previous clinical assessment and intervention approaches. Nevertheless, in deciding as to whether Clinical VR is ready for primetime, one needs to consider what features VR offers that may make it especially suited for clinical and research usage.

On a very general level VR can be seen to foster core processes that are relevant across a variety of clinical domains. These processes can be briefly summarized as expose (e.g., exposure therapy for anxiety disorders, PTSD, or addiction treatment), distract (e.g., distracting attention away from painful medical procedures to reduce pain perception or promote discomfort reduction), motivate (e.g., motivating patients in cognitive/physical rehabilitation to perform repetitive and sometimes boring tasks by embedding them within game-like contexts), measure (e.g., measuring performance on physical/cognitive assessment activities), and engage (e.g., generally seen as the captivation of attention/action that is useful for engaging participation with clinical applications). To effectively drive these processes in a thoughtful fashion, it is helpful to be aware of the features and assets that are available for clinical use of VR technology. For those readers interested in a deeper analysis of these assets, they have been specifically detailed as they relate to the predecessor field of aviation simulation technology (Jentsch & Curtis, 2017), in neuropsychology (Rizzo et al., 2004), and generally for Clinical VR (Rizzo and Koenig, 2017).

There is no doubt that virtual reality application development is as much an art as it is a science. However, to create the next generation of useful and usable Clinical VR systems, developers need a solid grounding in the science of healthcare in addition to artistic inspiration. To address this question, my SXSW session will briefly review the trajectory of Clinical VR over the last 20 years, and summarize the assets that VR offers for creating clinical applications. I will discuss the issues in terms of the theoretical basis for VR relevant to specific clinical applications, the science to date in a variety of clinical use cases, the pragmatic factors regarding availability, usability, costs, and distribution of Clinical VR content/systems, and the ethical issues that need to be managed for the safe use of VR with clinical populations. A strong awareness of the theory, research, pragmatics, and ethics relating to the development and implementation of Clinical VR systems will increase the likelihood that Healthcare will be the seedbed of many pro-social killer apps!