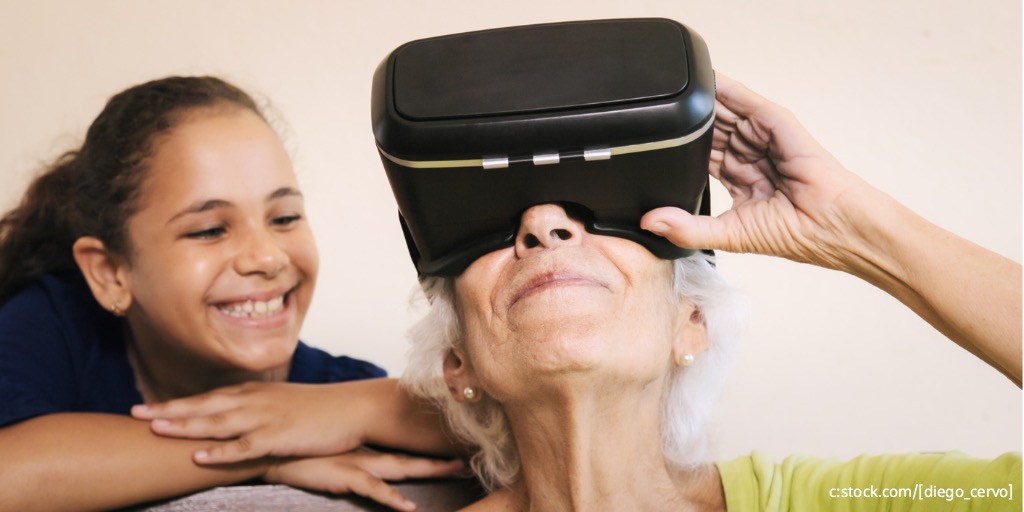 A “pioneering” virtual reality (VR) therapy, which has proven to reduce blood pressure and pain levels among people with neurological conditions, is going to be rolled out across the UK.

According to BBC Scotland, the therapy has been trialled at the Sue Ryder neurological care centre in Aberdeen, where it has been used to support people with conditions such as cerebral palsy, MS and motor neurone disease, as well as those with brain injuries.

According to the report, residents can use a headset and headphones to “immerse” themselves in an experience of their choice, such as sitting on a beach, scuba diving and skydiving, and it’s having a “dramatic effect” on those using it.

Residents in the trials have reportedly shown reductions in blood pressure and pain levels. They also have notably become more relaxed and less agitated “within seconds” of applying the therapy, according to Louise Torrance, head of care at Sue Ryder in Aberdeen.

"About 75% of people saw blood pressure decrease – a couple increased as they were so excited,” she told the BBC. "They have got freedom as they can choose where to go. It's something to look forward to.”

The success of the trials in Aberdeen mean that the VR therapy will now be rolled out across Sue Ryder neurological centres all across the UK.

One 65-year old resident with MS told BBC Scotland that the VR experience was “terrific”, and that "it's somewhere I could not go in a wheelchair".

"The sea lapping at my feet feels so good, I feel like kicking off my shoes," they added.