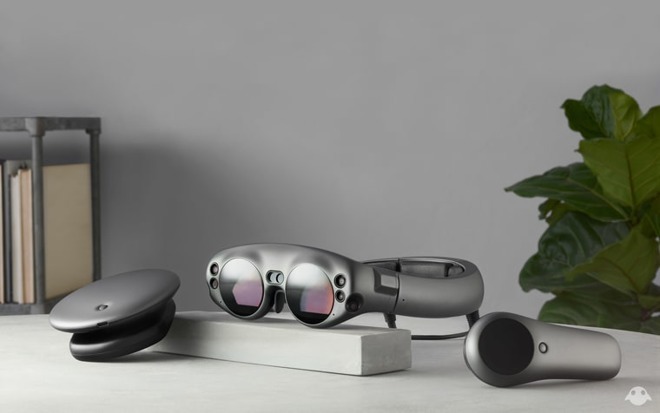 By Colm Hebblethwaite | 20th March 2018 | VR 360 https://www.virtualreality-news.net/
Colm is the editor of VR 360, with a mission to bring the most important developments in technology to both businesses and consumers.

After years of speculation and secrecary, the last few months have seen Magic Leap spring into action. First it unveiled the Magic Leap One headset in December and now the company has opened the headset up to developers with the release of a new SDK.

“These tools and resources will be the first opportunity for creators to dive into the world of spatial computing and explore the building blocks of this next generation of human-computer interaction on Magic Leap.”

The company announced the release at the Game Devlelopers Conference in San Francisco. There is also a Creator Portal where developers can share their SDK, tutorials, design guidelines and forums. A number of heavy hitters are already on board, including Unity, Unreal Engine and Mozilla WebXR.

Part of the SDK is designed for Magic Leap’s operating system, Lumin OS. Lumin is a custom OS assembled from open-source and Linux-based components. Developers that are building in Unity and Unreal will be able to build for Lumin OS too.

The release does not give much else away at this point, other than it looks likely that the company’s app store will be called Magic Leap World. The only tutorial available at the time of release is related to setting up the positionally tracked controller.

Last month saw the company announce a partnership with the NBA, and the release of the SDK shows that we could be close to a hardware release. The company seems to have its sights set on the consumer entertainment sector rather than industry or enterprise.