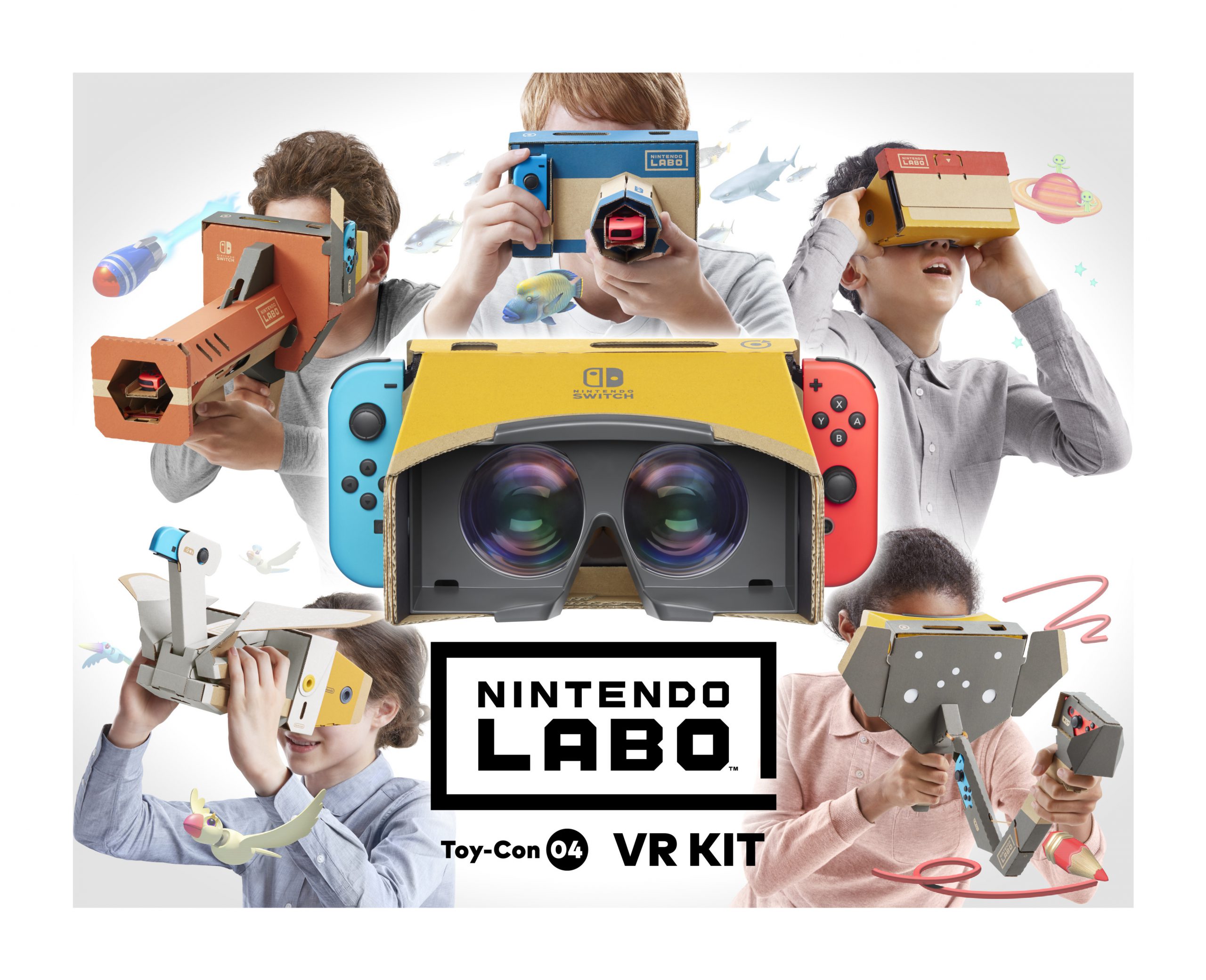 By VR 360 | 11th March 2019 http://www.virtualreality-news.net/
Categories: Brands, Developers, Gaming,
VR 360 is a news, analysis and opinion site devoted to virtual reality technology, promoting thought leadership from leading brands and platforms and collaborating with industry bloggers to deliver insight, reviews and strategy for all aspects of the ecosystem, from developers to CIOs.

The Nintendo Labo: VR Kit, which is the fourth kit in the Nintendo Labo series, aims to create a simple and shareable VR experience for users. It provides tools that allow them to make DIY cardboard creations, called Toy-Con. This allows them to play a variety of games and discover how Nintendo Switch technology brings it all to life.

The VR Kit offers six new Toy-Con creations to build, including the Toy-Con VR Goggles, which combine with the other creations to allow players interact with the virtual world via imaginative real-world actions. The Kit encourages social gameplay, which lets players to fit the Nintendo Switch console into the Toy-Con VR Goggles, and hold it up to their eyes to explore many games and experiences.

A report from Juniper Research in January predicted that revenues from VR-specific games will rise from $1.2 billion to $8.2bn by 2023. It argued that the development of smartphone VR content is key to increasing consumer confidence in VR – which as regular readers of this publication will be aware is less than stellar right now – across all platforms. It states that 52 million mobile VR devices will access games globally in 2019 and the number will rise to over 100 million devices by 2023.

Research author Sam Barker explained: “Revenues from VR-specific mobile games will exceed $4.6 billion by 2023. However, average revenue per mobile VR games user will be the lowest of all VR platforms. In response, app developers must mitigate high app abandonment rates by providing engaging and continually-updated content."