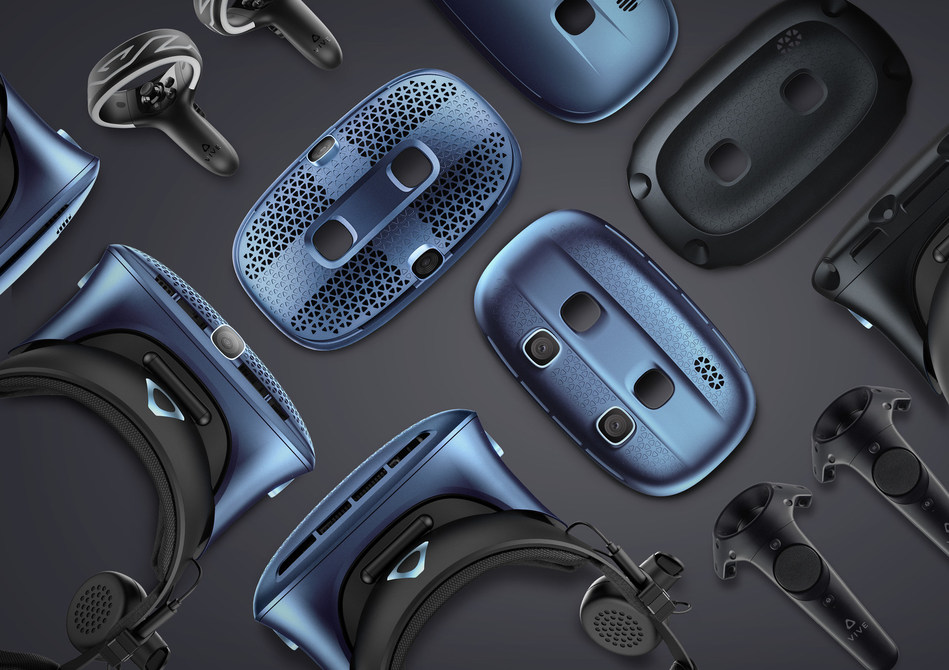 By James Bourne | 21st February 2020 | TechForge Media http://www.cloudcomputing-news.net/
Categories: Devices, Ecosystems, Gaming, Hardware,
James is editor in chief of TechForge Media, with a passion for how technologies influence business and several Mobile World Congress events under his belt. James has interviewed a variety of leading figures in his career, from former Mafia boss Michael Franzese, to Steve Wozniak, and Jean Michel Jarre. James can be found tweeting at @James_T_Bourne.

HTC is expanding the range of its VIVE Cosmos series of PC-tethered virtual reality products – aiming to sate the appetites of the most demanding enthusiasts, as well as entry level starters.

The VIVE Cosmos Elite, Cosmos XR and Cosmos Play family of products (above) were unveiled by the Taiwan-based manufacturer, alongside new faceplates that can expand the functionality of Cosmos.

Cosmos Elite is the highest-capability offering and ‘pairs the performance of external tracking alongside the flexibility of inside-out technology to meet the needs of the most demanding VR entertainment enthusiasts’, in HTC’s words. The Cosmos Elite, which is focused on precision, high-level gaming, will retail at $899, with the external tracking faceplate being available standalone later this year for $199.

Cosmos Play, meanwhile, ‘opens the door for new-to-VR users’, as HTC puts it. While it currently has neither an official release date or a price, reports suggest it will be the cheapest of the HTC devices; CNBC reports that it will be €599. Naturally, it has the lowest specs to go with the purported price, although HTC claims the device will ‘have the ability to grow over time to meet [user] needs.’

Aside from casual gaming, another potential use case HTC notes of the Play is for business or museum environments, citing its simplicity for public-facing VR experiences.

The Cosmos XR – more information on which will appear at the GDC conference – is a standalone edition and faceplate for the modular VIVE Cosmos, which will first appear as a developer kit. The sweet spot use case HTC is looking at here is around collaboration; integrating Vive Sync so virtual objects can be brought into real-world environments.

“Our customers want an incredible VR experience and we are proud to announce a new family of products tailor-made for VR use cases of all types,” said Yves Maitre, CEO of HTC in a statement.

VR is becoming an increasingly important line of business for HTC as its smartphone sales continue to dwindle. Indeed, these days the company is one of many bundled into the ‘other’ catch-all category, being nowhere near fifth placed OPPO’s share. The company’s major rival in the VR device arena is Oculus; according to the most recent survey figures from Valve, noting purchasing information from Steam users, HTC continued its ‘steady’ decline. Oculus’ Rift and Rift S grew to an all-time high of 54.7% share, compared with 29.52% for Vive, Vive Pro and Cosmos combined.