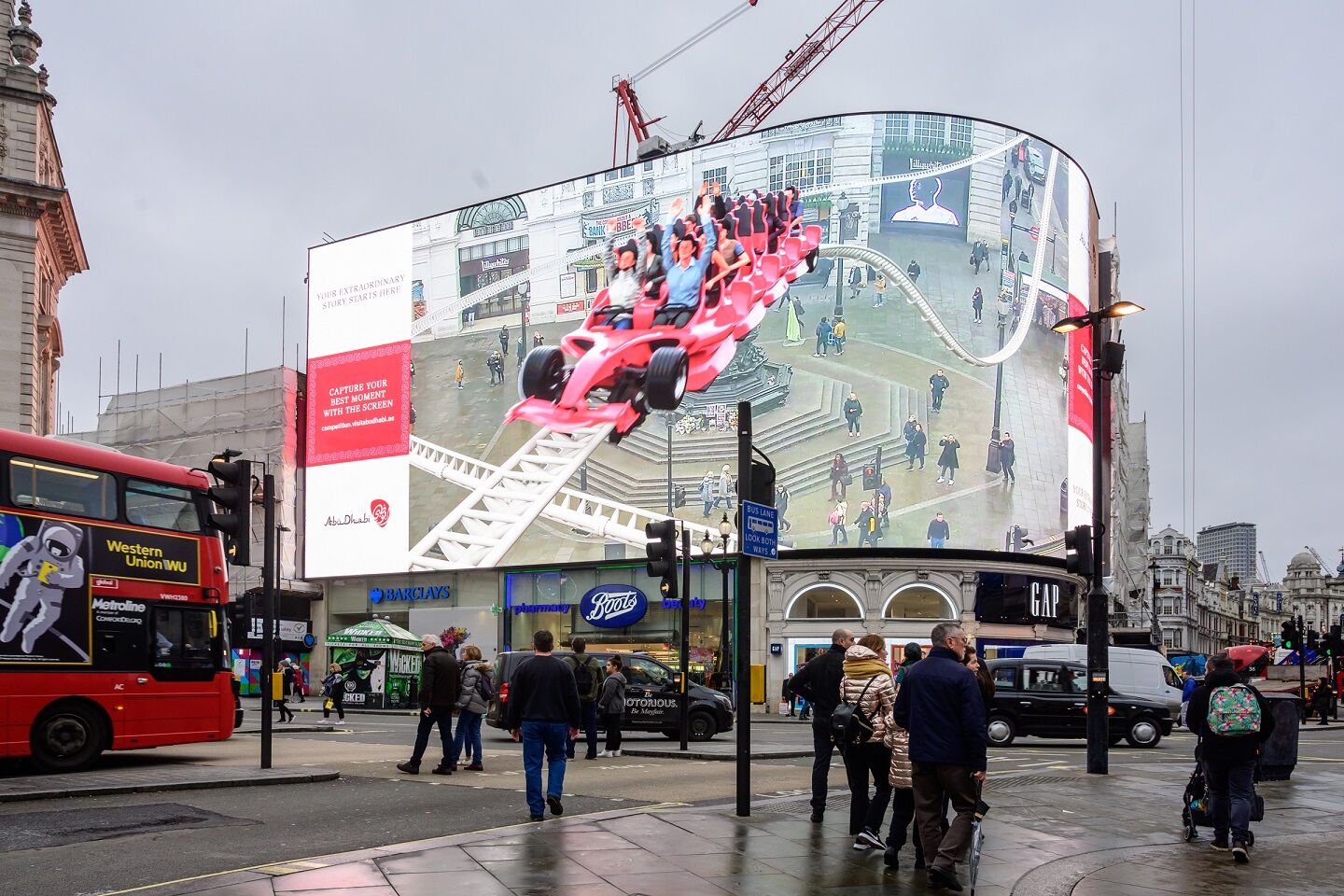 By VR 360 | 3rd January 2020 http://www.virtualreality-news.net/
VR 360 is a news, analysis and opinion site devoted to virtual reality technology, promoting thought leadership from leading brands and platforms and collaborating with industry bloggers to deliver insight, reviews and strategy for all aspects of the ecosystem, from developers to CIOs.

Abu Dhabi has been awarded the Guinness World Record for installing the world’s largest augmented reality (AR) screen in London.

The AR screen, which used the Piccadilly Lights digital billboard and ran across 5,904 square feet, captured images of people near the statue of Eros in the city’s Piccadilly Circus and placed them digitally by using 3D AR overlays, among some of Abu Dhabi’s most famous tourism landmarks.

Ali Al Shaiba, acting executive director of tourism and marketing at DCT for Abu Dhabi, said: “By standing near the fountain in the square, people are captured by the high-tech, on-site audience camera – used specifically for advertising for the first time for this campaign – transporting them to some of Abu Dhabi’s most famous attractions – think family-friendly indoor theme park Ferrari World Abu Dhabi, wildlife haven Sir Bani Yas Island, and the stunning Sheikh Zayed Grand Mosque – on the screen. Each one of the capital’s landmarks has been brought vividly to life in London using innovative 3D augmented-reality overlays.”

In December, Siemens opened a Digital Grid Centre in Abu Dhabi to promote digitisation of energy systems to support smarter cities and industry in the Middle East region. The centre would allow Siemens to collaborate with customers to develop, demonstrate, and test digital energy solutions, and provide remote support for the utilities, oil and gas, industrial and infrastructure sectors. It would also use lab simulations and live data connections to provide remote service and support for customer operations, including preventative and corrective maintenance, simulation and testing.